Mumbai: Amazon Prime Video on Friday announced a new slate of nine movies, including Hindi titles "Coolie No 1"and "Chhalaang" and Tamil film "Maara", that will premiere directly on the streaming service starting from October 15.

The latest announcement follows the successful launch of the first wave of direct-to-service premieres of 10 films including big titles such as "Gulabo Sitabo" and "Shakuntala Devi" earlier this year as theatres were shut due to the coronavirus pandemic.

"So that gave us the motivation to go after bigger titles and this is what we have done. We were always on the lookout for a busy and effective programming between October and December. In its totality, it's a pretty interesting and entertaining festive season that we hope to bring to our customers," Subramaniam told PTI in an interview ahead of the announcement.

The first slate of releases threw up some interesting data on how consumers engaged with these movies for the service.

Gaurav Gandhi, Director and Country General Manager, Amazon Prime Video India, said the learning from the previous slate helped them built on their playbook on marketing these films deep and wide.

"Our movies that were released in India were watched in over 4,000 thousand cities and towns, which is super deep, if you look at it from the context of how theatres do. And internationally as well, the fact that in a short period, they have been watched in over 180 countries, these are interesting facts.

"In the case of many of our regional films -- Tamil, Telugu, Kannada and Malayalam -- 50 per cent of the viewing came from outside the home states, which is quite unique for these films. What streaming can do for these films is to be able to give them a true national release and get customers from around the country to access the cinema," Gandhi said.

Among the new titles, Malayalam movie "Halal Love Story", directed by Zakariya Mohammed and starring Indrajith Sukumaran, Joju George, Sharaf U Dheen, Grace Antony and SoubinShahir in lead roles along with Parvathy Thiruvothu, will premiere on the Amazon Prime Video on October 15.

Horror thriller "Manne Number 13" is scheduled to premiere on November 19, while Telugu film "Middle Class Melodies" will bow out the next day on November 20. The film features Anand Deverakonda and Varsha Bollamma.

Bhumi Pednekar-starrer "Durgavati", slated to premiere on December 11, is directed by Ashok and revolves around a government officer who is made the victim of a major conspiracy involving powerful forces. The film is presented by T-Series and Cape of Good Films and is an Abundantia Entertainment production.

"Maara" in Tamil will premiere on December 17 and features R Madhavan and Shraddha Srinath in lead roles. It has been directed by Dhilip Kumar.

"Coolie No 1", a remake of the classic Govinda-starrer 1995 movie, which reunites actor Varun Dhawan with his father, director David Dhawan, will premiere on the service on Christmas. 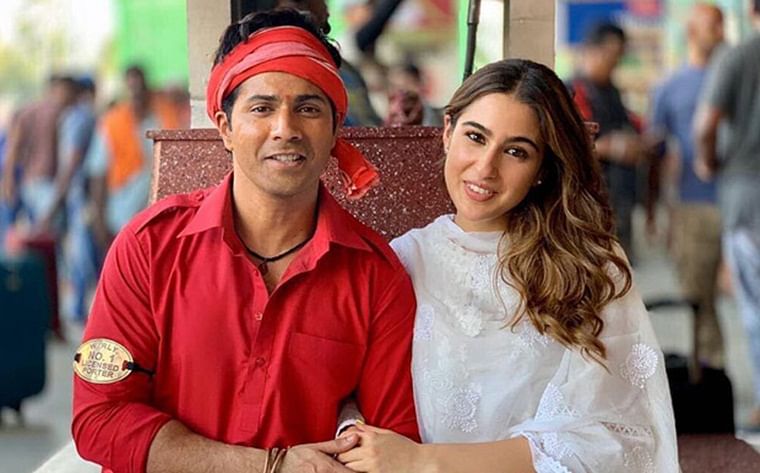