The new Netflix based show is a reality series that will give a glimpse of the "fabulous lives," that the four-star "Bollywood wives," have been living.

Days after filmmaker Karan Johar made headlines after he apologised to Madhur Bhandarkar over the title row on Netflix’s 'Fabulous Lives of Bollywood Wives', the Dharma head honcho is now trending for his befitting reply to a troll on Twitter.

As his reality series 'Fabulous Lives of Bollywood Wives,' started premiering on Netflix on Friday, scores of netizens shared their reviews on the new web series.

One user wrote, “I think we can all agree that the favorite wife in #FabulousLivesofBollywoodWives is Karan Johar. #NetflixIndia”

Karan quote-tweeted the same and commented, “Ok this really made me laugh! A troll with a sense of humour is so refreshing! Thanks Doc!” 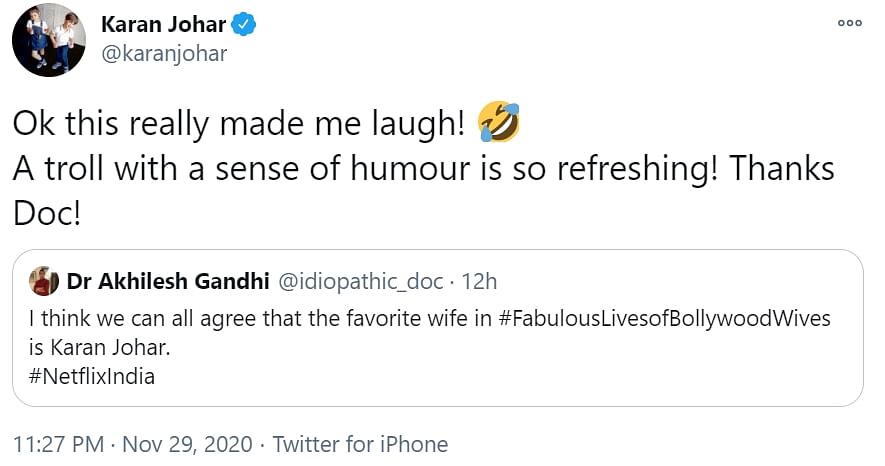 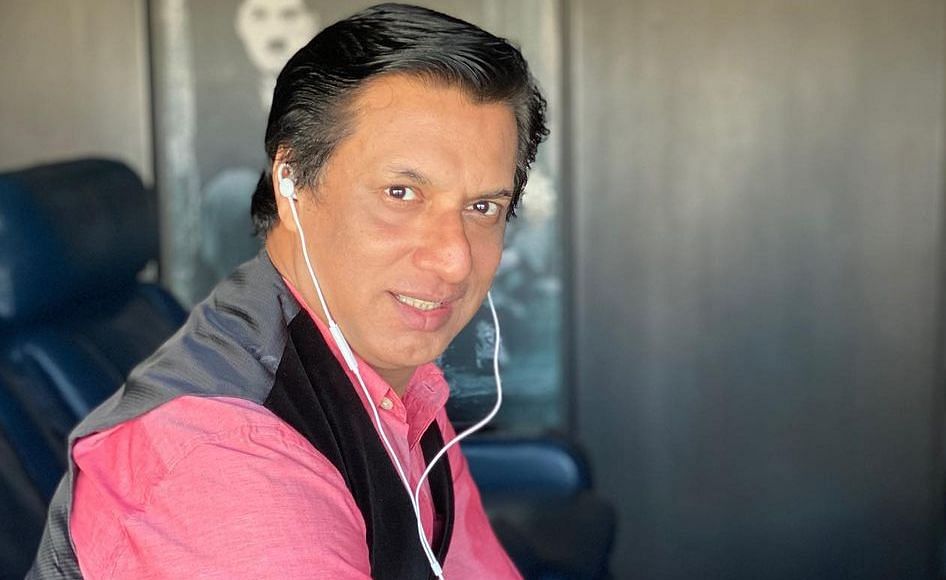 Earlier, Johar spilled his excitement for the new show by striking a pose with the "Bollywood wives." The 'Kuch Kuch Hota Hai,' actor marked the premiere day of the show by posting a picture of himself with the four-star wives that have been featured in the show.

He then went on to pen down an emotional note on the "friendship" that he shares with the four-star wives and their husbands and expressed his excitement for the show.

"A friendship spanning over two decades....we have loved and lived through frivolous fights, emotional breakdowns, party times, morale lows and also so much happiness," the 48-year-old filmmaker wrote.

"The fact that the four of them are on a @netflix_in show makes me so excited and exhilarated for them! Love us! Troll us! But we know you won't ignore us! Here we are #fabulouslives of these gals," he added.

The new Netflix based show is a reality series that will give a glimpse of the "fabulous lives," that the four-star "Bollywood wives," have been living.

'Fabulous Lives of Bollywood Wives,' is backed by Karan Johar's Dharmatic Entertainment, the digital arm of Dharma Productions. It began streaming on Netflix from November 27 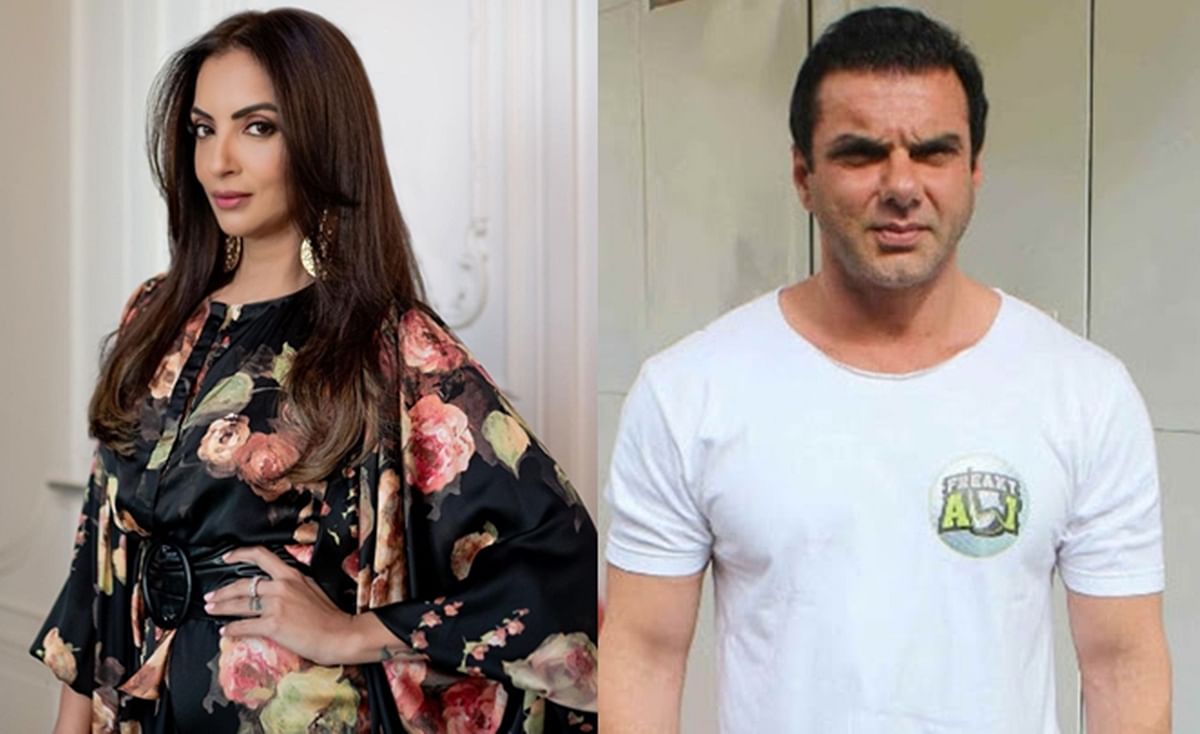 Seema and Sohail Khan in an open marriage? Twitterati have questions about couple's living...