Madhavan explains how PM Modi's vision of digital economy was thought to be a disaster by economists, but it was not

Hailing the success of the "micro-economy" in India under the PM, the actor said that the world was sceptical at first, believing that digitisation would be a "big disaster" in a country where farmers may not know how to use a smartphone or handle their accounting, but "the whole story changed" in a couple of years and India became one of the largest users of micro-economy in India.

In a video shared by Union Minister Anurag Thakur, Madhavan is seen explaining how PM Modi's vision of digital economy was thought to be a disaster by economists, but it was not. "That is new India," he said.

When our PM @narendramodi introduced a micro economy & digital currency there was a furore…it is going to be a disaster. In a couple of years the whole story changed & India became one of the largest users of micro economy in the world. This is #NewIndia - @ActorMadhavan pic.twitter.com/yhuuZf8iHI

Madhavan's biographical drama movie 'Rocketry: The Nambi Effect', which is based on the life of renowned scientist Nambi Narayanan, premiered at the 75th Cannes Film Festival on Thursday.

Madhavan, who has directed, produced and written the film in addition to acting in it, was present at the screening along with Information and Broadcasting Minister Anurag Thakur and Nambi himself.

Nambi is a former ISRO scientist and aerospace engineer who was caught in the throes of a spy scandal and was falsely accused of espionage. 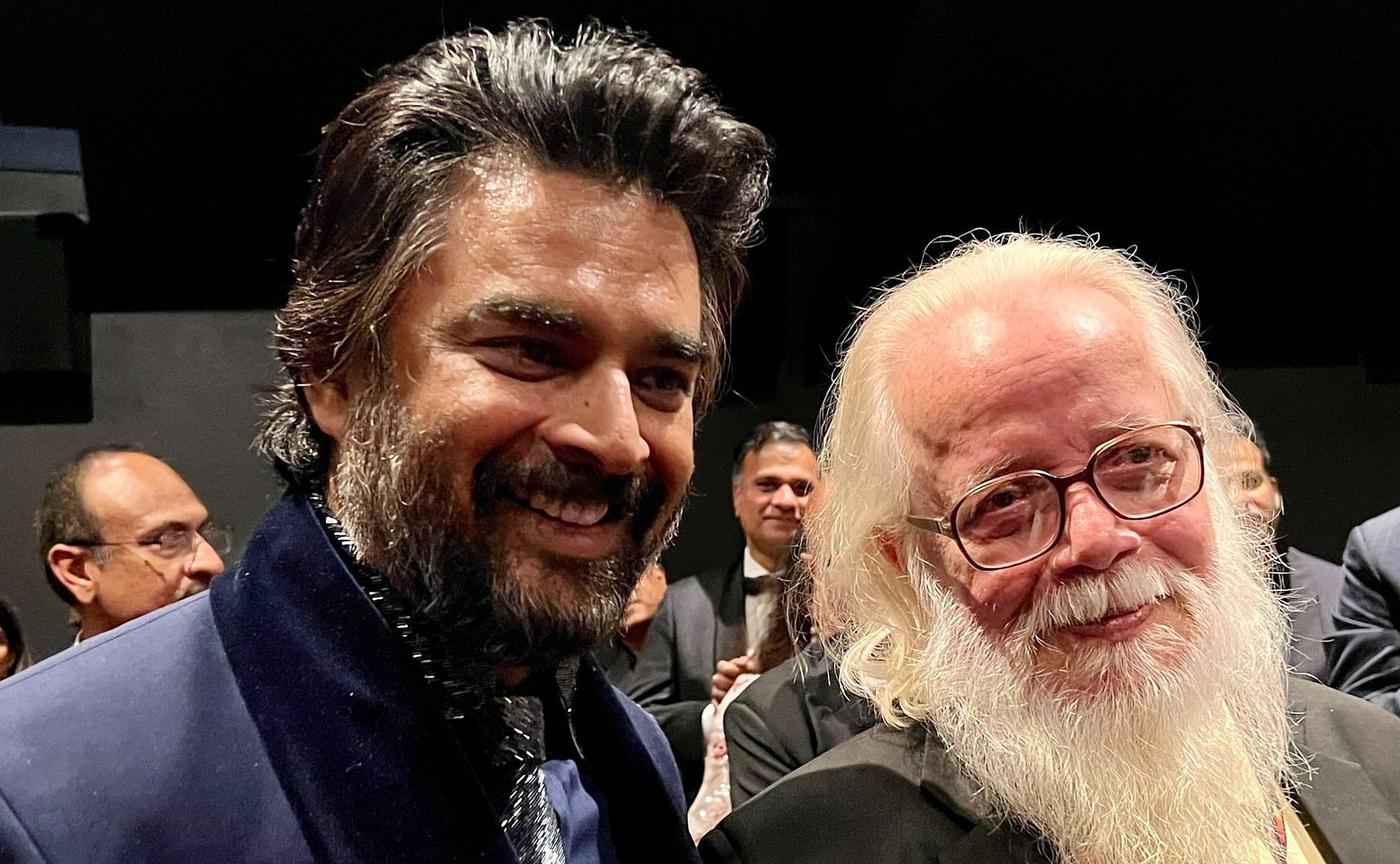