Shahid Kapoor's 'Jersey' hit the big screens today and within hours of its release, fans have flooded social media with reviews

According to the early reviews, the film is said to be one of Shahid's finest works.

While some Twitter users lauded the Shahid's performance, others praised the dialogues of the film. Some users also called the film 'boring'.

Check out some of the reactions of netizens here:

#Jersey Movie Is One Of The Best Film Of #shahidkapoor @shahidkapoor carrier 2nd Best Film Till Date . He made me cry shahsha you hv talent don't waste it in remake want to watch you in larger than life character like karna and shivaji .

Jersey has all elements to entertain you! This film will make you laugh,cry and cheer for Arjun!@shahidkapoor @mrunal0801

What an Outstanding performance by @shahidkapoor in #Jersey. Has to be his career best🙌 It’s an emotional ride & inspiring movie that teaches not to give up. @mrunal0801 looked beautiful & also have acted well. Show love to this movie as well! 🌟🌟🌟🌟 pic.twitter.com/K9999AqrsQ

@shahidkapoor
Best performance after kabhir singh.#Jersey will win hearts.
Many scenes will make you cry 😭 .
Bahut emotional movie hain.
Next, we want violent mass movie from you @shahidkapoor.#ShahidKapoor #Jerseymovie @jerseythefilm

A very good and worthy Remake. Original Jersey was too good and Nani's performance was extraordinary with all the emotional aspects. Though I like the original more, still Shahid has performed very well.

Seeing you on big screen gives me immense joy 😍

Shahid Kapoor's Jersey movie is a very good movie, it is a lot of fun to watch, all of you must watch@shahidkapoor #ShahidCareerBest pic.twitter.com/Iyn8pLhv8e

We have seen jersey already. Bollywood is crap run by generations of rich family ..only hot chicks with talent can come up in bollywood without any background. And you don't have the right to speak about toxic..you straightaway recommended not to watch kgf.

#jersey is better than #bachchhanpaandey, but you cant survive it in theater.... Sorry !!! Only the chilled coke and salty popcorn kept me awake. Bring these kind of movie in OTT yaar !!!! BORED !!! #JerseyReview

Helmed by Gowtam Tinnanuri, 'Jersey' revolves around Arjun (played by Shahid), a failed cricketer who decides to fulfil his dream of representing Team India for his son.

As per several media reports, the film has a run time of 2 hours – 50 minutes – 43 seconds and has been passed by the Central Board of Film Certification (CBFC) with zero cuts and a U/A certificate.

Produced by Dil Raju, Suryadevara Naga Vamsi and Aman Gill, the film is a remake of Telugu movie ‘Jersey’ which was released in 2019. 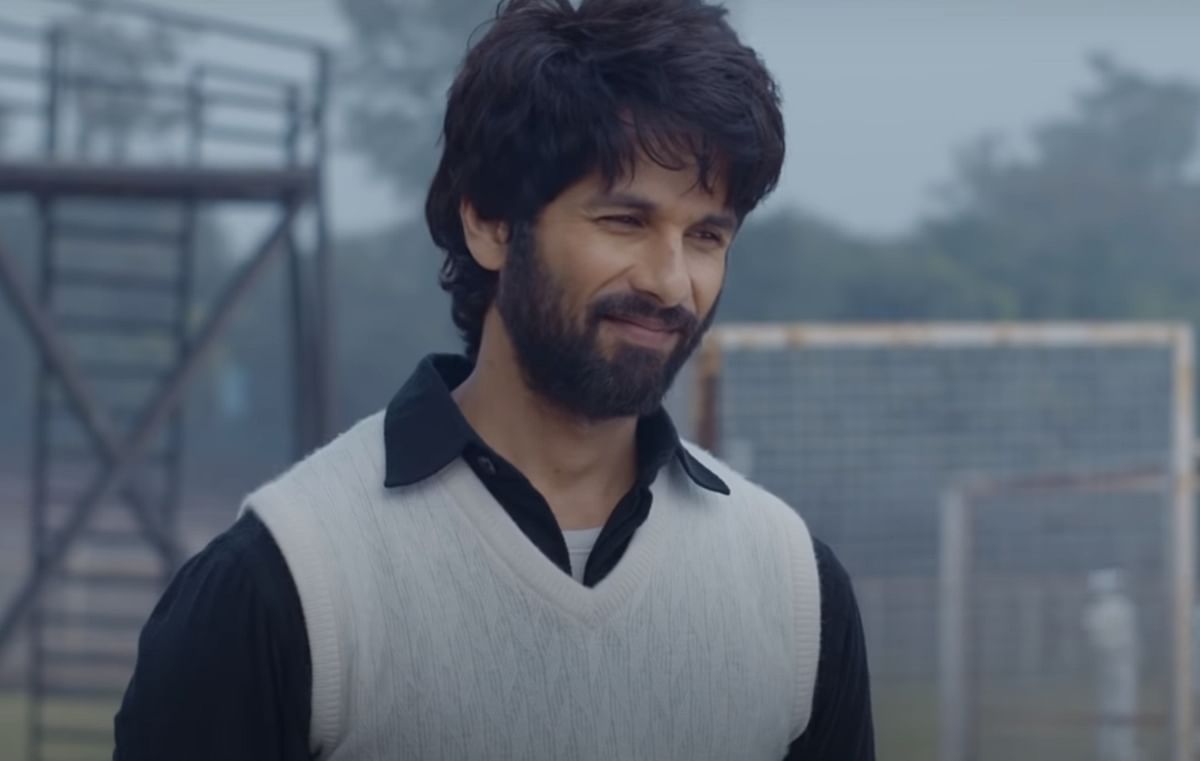