After pictures and videos of Suhana's extended birthday celebration, a bunch of new photos of the star kid, chilling with her girlfriends, have surfaced online

Bollywood superstar Shah Rukh Khan and Gauri Khan's daughter Suhana, who celebrated her 21st birthday a few days back, is having the time of her life in New York.

After pictures and videos of her birthday celebration, a bunch of new photos of Suhana, chilling with her girlfriends, have surfaced online.

Some of her friends took to Instagram to share glamourous pictures of their pool date. The star kid and her girl-gang can be seen in their best swimsuits.

Earlier, Suhana was also spotted twinning with her friends in black.

While one photo showed her cutting a cake, another clip showed her playing with balloons. The pictures and videos were shared by fan clubs on Instagram. 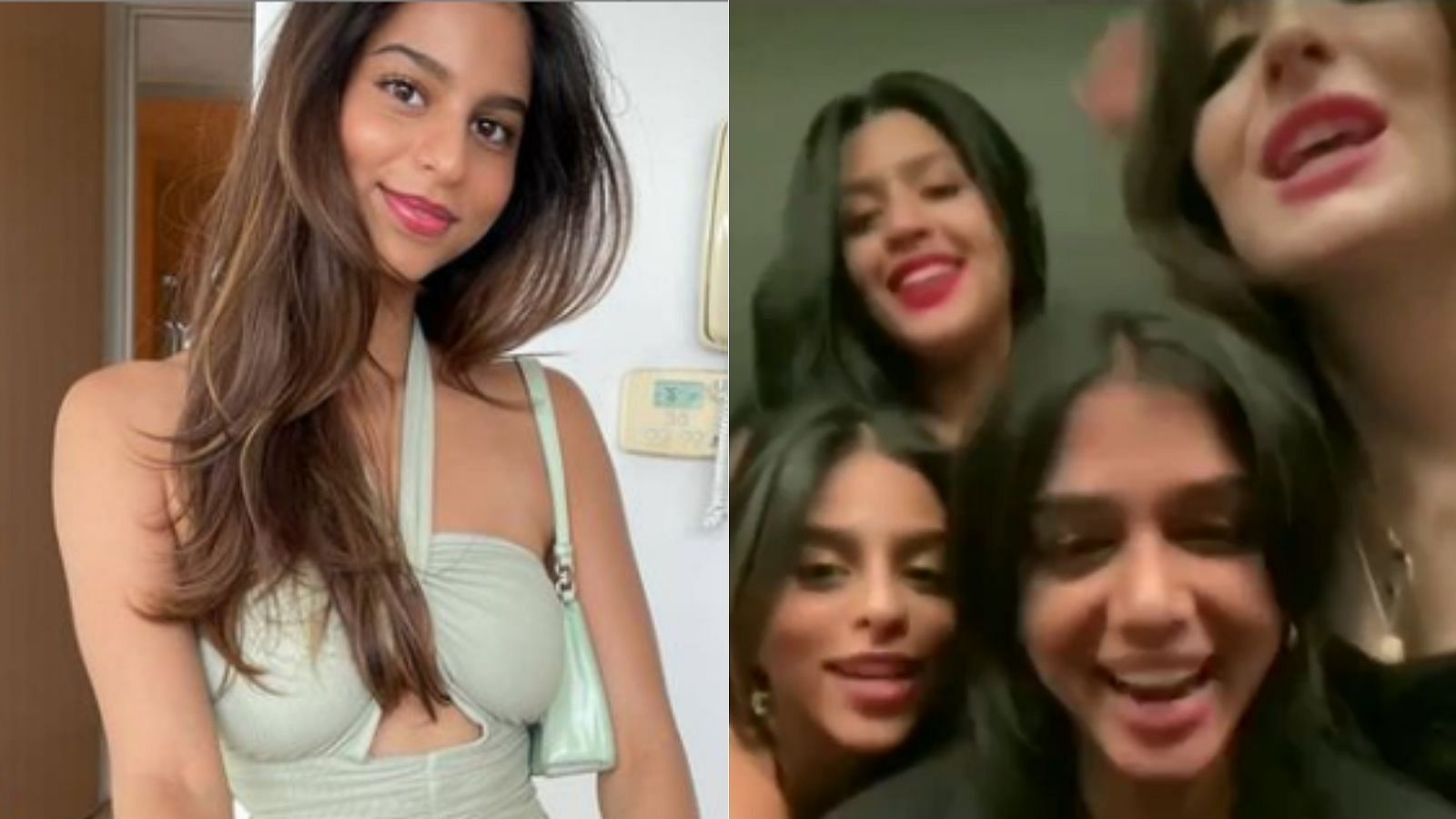 Meanwhile, another video of the stunner goofing around with her girl gang has also surfaced online.

In the video, Suhana and her friends can be seen lip-syncing to Russ Millions and Tion Wayne’s Body. She is seen in a black cut-out bodycon dress, with the others also wearing glamorous colour-coordinated outfits.

The last frame of the clip featured the four of them together.

Currently, Suhana is in New York. Like Shah Rukh, Suhana wants to be an actor.

While details about her big Bollywood debut are not known yet, the star kid has featured in a number of plays, including an adaptation of William Shakespeare’s Romeo and Juliet in London. She also starred in a short film titled The Grey Part of Blue.