Ranbir and Alia tied the knot in the presence of their close friends and family members on the balcony of their Bandra home on April 14.

The actors had kept the details of their wedding under wraps up until the last day when Neetu Kapoor and Ranbir's sister Riddhima Kapoor Sahni confirmed that the wedding was due for the next day.

In an interview with Film Companion, Neetu Kapoor discussed the wedding in detail and explained the secrecy around it.

"They said 'we don't want a circus, we don't want to tell anyone, we just want to do it.' The circus before that, with memes and other such things, becomes nerve-wracking. So we kept it very very quiet, we would say it's engagement. We couldn't even shop, there were a few people who were appointed to pick and drop stuff because if we go then everyone will know the wedding is happening. We were in a box, we couldn't do anything. But then of course everybody got to know once the lights went up and the Sabyasachi outfits arrived," she said.

The actress added, "Everything was beautiful. The best part was that the baarat-- it went from the fifth floor to the seventh floor. We were performing bhangra on the passage, we were just going crazy. I wanted to have a ghodi and all that, but then also they felt that if the ghodi will come then the paps will come. So I said forget that. Ranbir and Alia had planned so much that 'we'll go to South Africa, we'll do a recee,' and eventually, where did they do it? At their home. Since two years we were planning we'll go here, and we were seeing pictures. We were going absolutely nuts. But this was the best, and she looked so beautiful."

Alia and Ranbir's wedding was all about love, laughter and positivity.

On the film front, they will be seen together for the first time in their best friend's 'Brahmastra'. The fantasy-adventure, helmed by Ayan Mukerji, is set to release on September 9, 2022, after much delay.

Read Also
Koffee with Karan: Not Ranbir Kapoor, but Alia Bhatt to appear on Karan Johar's show with THIS actor... 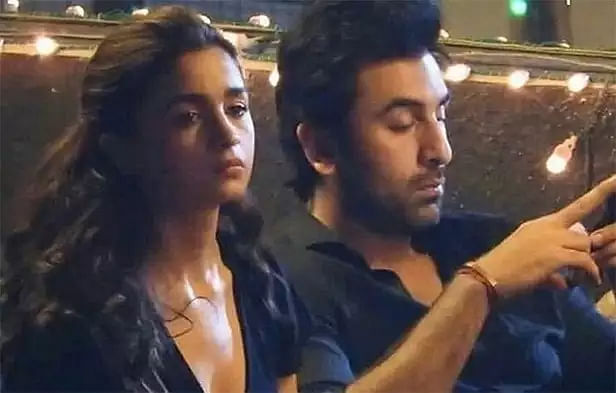