Advertisement
Home / Entertainment / Bollywood / 'At 36, I quit my job, had a house loan, and a toddler': Pratik Gandhi on life before 'Scam 1992'

By his own confession, Pratik had thought the shoe would not be bingeable, given its business jargon-heavy dialogues.

Hansal Mehta's biographical drama, "Scam 1992: The Harshad Mehta Story" has turned around Pratik Gandhi's career. Primarily an actor in Gujarati theatre and cinema, no one quite kept track that Pratik had worked in a couple of Bollywood films such as "Mitron" and "Loveyatri".

Being Harshad Mehta changed all that. The role made him an overnight sensation. By his own confession, Pratik had thought the shoe would not be bingeable, given its business jargon-heavy dialogues. Yet it went onto become a sleeper hit, and Pratik, essaying "Big Bull" or "Amitabh Bachchan of Dalal Street", was an overnight star.

In a recent interaction with the digital catalogue, Humans of Bombay, Pratik shared about his life before the show and how things took a 180 degree turn after “Scam 1992”.

Read his full statement below.

“I was in the 4th grade when I first performed on stage. It was just a 5-minute skit, but the thundering claps I received stayed with me. That’s when my tryst with acting began–soon, my teachers cast me in more plays.

After graduating, I moved to Bombay–for 4 years I worked on a project basis so that I could act. But there’d be months with no income. So, I did odd jobs like installing TV towers & anchoring.

Then finally, I got a role in a Gujarati film! So, I took a 22-day leave from work for the shoot. At times, right after my shot, I’d get on a work call. After the shoot, I went back to work. I wasn’t even there for the promotions.

Fortunately, ‘Bey Yaar’ was a hit; overnight, I became a mainstream Gujarati actor. So, the next time I got a film offer, I took the risk & at 36, I quit my job! Although I had a house loan, & a toddler, it felt right.

I did some Hindi films & web series, but I got my big break when I got a call from Hansal Mehta’s team. I was shortlisted for Harshad Mehta’s role in SonyLIV’s Scam 1992!

I jumped in feet first–from watching older news clippings of him to studying the stock market, I did it all. And then, the show released…

But at the time, I didn’t realize it’d become this huge! It was so overwhelming. And when Shabana Azmi Ma’am told me it was the best performance she’d seen in 20 years, I was in tears. My wife was ecstatic! And when my parents saw me win an IIFA, they were so moved.

It’s been 5 months since Scam’s release & my life has taken a 180° turn! People see me as a ‘lead actor’ now. Zindagi ne jaise ek dum se raftar pakad li hai. But all of this happened because at 36, instead of getting comfortable, I decided to take a risk kyun ki… risk hai toh ishq hai!”

Meanwhile on work front, Pratik wrapped up the shoot of his upcoming Bollywood film, "Atithi Bhooto Bhava" alongside Jackie Shroff and Sharmin Segal.

Pratik is all set to begin shooting with Taapsee Pannu for a new film titled “Woh Ladki Hai Kahaan”. The film is directed by Arshad Syed and backed by Siddharth Roy Kapur. 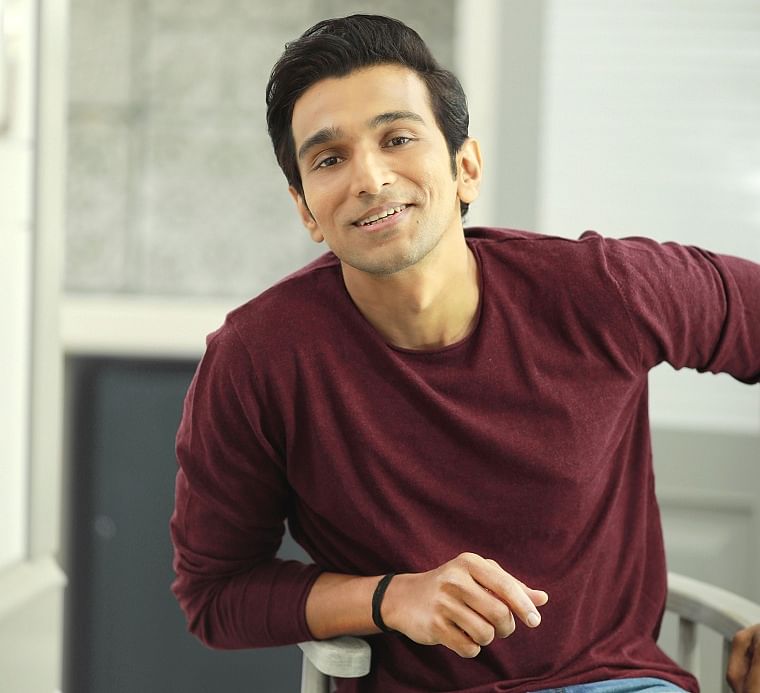