Actor Arjun Kapoor recently responded to a fan comment which praised him for putting his 'best efforts' into every film and blamed his 'bad luck' for the failure of some of them.

Arjun, who made his acting debut with the 2012 film Ishaqzaade alongside Parineeti Chopra, has witnessed the ups and downs in his career as an actor.

During an interview with Bollywood Hungama, Arjun agreed with the fan's statement and said that the reason why some of his films didn't work was his bad luck. He further said that his film Mubarakan, which was a clean family entertainer, did not get its due. Directed by Anees Bazmee, the film featured him in a double role.

Read Also
'I try and keep a respectful boundary': Arjun Kapoor opens up about dating Malaika Arora and... Responding to the question, Arjun said, "I think it’s very sweet. He is being honest about the fact that he is supporting me regardless of a few films not working out and I think that is being a fan, eventually, and I respect that."

Meanwhile, Arjun was last seen in Sardar Ka Grandson along with Neena Gupta and Rakul Preet Singh. The film narrates the story of a grandson going to Pakistan to transport an entire house to India to fulfill the last wish of his grandmother.

The actor will next be seen next in the horror-comedy, Bhoot Police, alongside Saif Ali Khan, Jacqueline Fernandez and Ali Fazal. He is also a part of Ek Villain Returns, co-starring John Abraham, Disha Patani and Tara Sutaria. 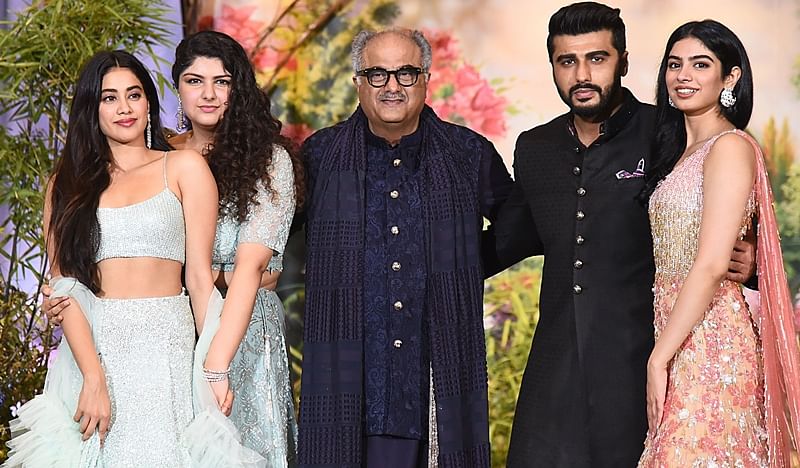