Anurag shared a screenshot of the Instagram Story of the 'scamster' and requested his followers to report him.

Taking to his Instagram handle, Anurag shared a screenshot of the Instagram Story of the 'scamster' and requested his followers to report him.

He wrote, "This man rajbeer_casting is a scamster. Pls report him. There is no season 3 of Scared games happening. I am filing an FIR against this person." In the screenshot shared, the fake casting call mentioned the requirement of "female" actors of different age groups who "must be ok with bold scenes". 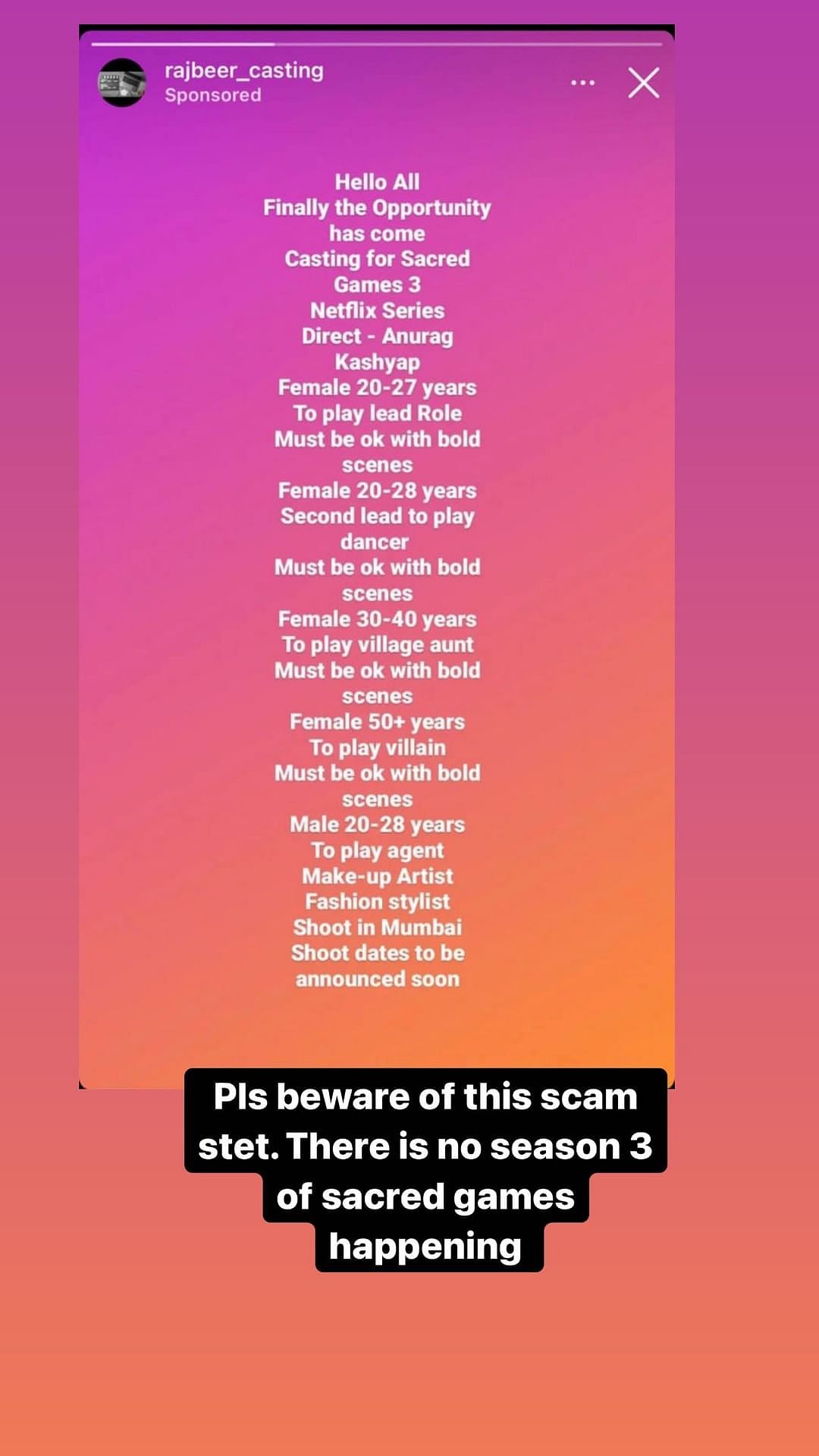 Meanwhile, the Second season of 'Sacred Games' was released in August 2019 and the first season of the hit series was unveiled in July 2018.

On work front, Anurag's next project is 'Dobaaraa' starring Taapsee Pannu, which marks the director-actor duo's third collaboration after 2018's hit 'Manmarziyaan' and biographical drama 'Saand Ki Aankh', which had Kashyap on board as a producer.

The movie will be produced by Cult Movies - a division under Ekta Kapoor's Balaji Telefilms, along with Sunir Kheterpal's ATHENA and Gaurav Bose's The Vermillion World Production.

Kashyap was last seen in 'AK vs AK', which was directed by Vikramaditya Motwane. The film also starred Anil Kapoor. His last release as a director was the Netflix film 'Choked' (2020), starring Saiyami Kher and Roshan Mathew. 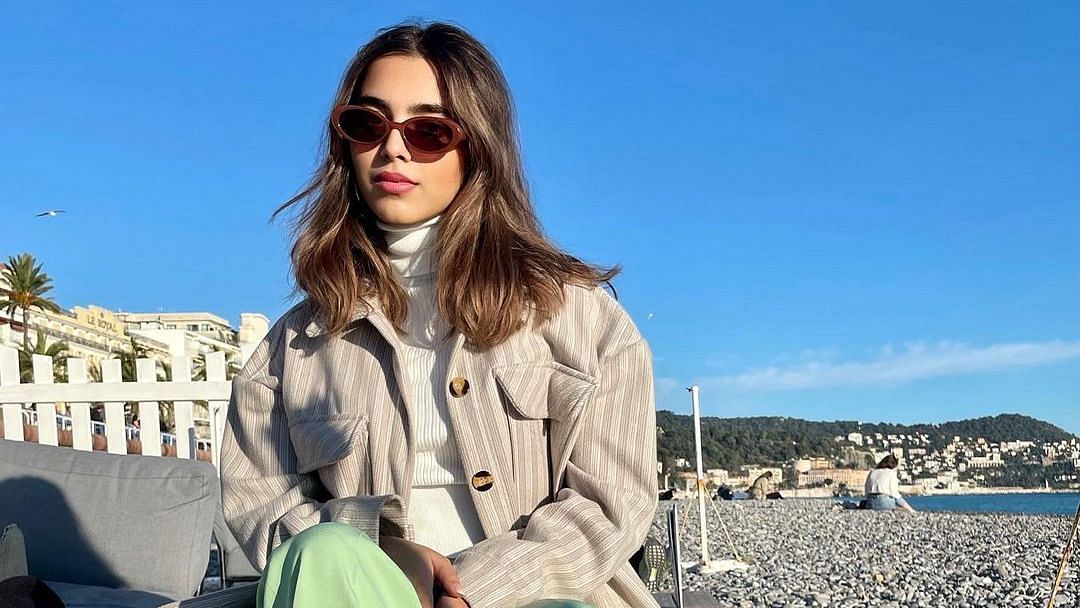 Watch Video: Anurag Kashyap's daughter Aaliyah Kashyap reveals how much money she spends in a month