'Jersey' is set to hit the theatres on April 22.

Bollywood heartthrob Shahid Kapoor is known for his brilliant acting skills, his boy-next-door charm and his chique dressing sense but apparently, the latter did not behold quite the beauty in his father, Pankaj Kapoor's eyes.

The actor recently came to promote his upcoming film 'Jersey' with co-actor Mrunal Thakur and father (and co-actor) Pankaj Kapoor on 'The Kapil Sharma Show', where he revealed how his daddy dearest had a particular dislike for his net shirt, which was a rage in the fashion world when he was a teenager.

Shahid quite hilariously narrated the tale, saying, "Dad used to complain a lot about my clothes because I used to wear those see-through net t-shirts and all which were in fashion, and I was 18-19 years old. I was very slim and I used to wear clothes that made me look slimmer. I still remember I was wearing a black net t-shirt and I met dad and said, "Hey Dad, what's up? what's happening?" He just looked at me and after some time I asked him, "What happened dad?" and he said, "What are you wearing?" I said, "it's cool dad, it's cool!" and he said, "Andar sab dikh raha hai beta! (I can see everything inside the t-shirt son!)"

He continued further, "That time I was a dancer in Shiamak Davar's troupe and I had my discman with me and I used to go around saying, "Hey man, what's happening?" and here my dad tells me "sab dikh raha hai (everything is visible!)"

Meanwhile, after much delay, 'Jersey' is finally set to hit the theatres on April 22.

Directed by Gowtam Tinnanuri, the film is a Hindi remake of the 2019 Telugu blockbuster of the same name. 'Jersey' is presented by Allu Arvind and produced by Dil Raju, S Naga Vamsi and Gill. 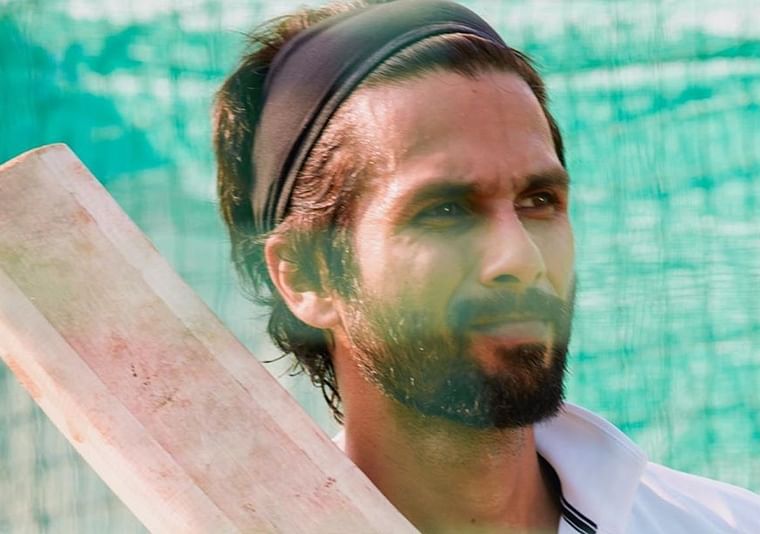