Moments after the actor shared the pictures, fans began speculating that Ali and Richa tied the knot in a secret wedding

Bollywood actors Ali Fazal and Richa Chadha recently fuelled their marriage rumours after the actor posted a picture of what appeared to be Richa's hand, with mehendi on it, holding some fresh flowers.

On Friday, Richa had shared a picture of herself in an ethnic ensemble, with a similar pattern on the dupatta seen in Ali's picture.

Moments after the actor shared the pictures, fans began speculating that Ali and Richa tied the knot in a secret wedding.

Have a look at the picture here:

While some of their fans commented about how cute the mehendi design looked, it was fellow B-town actress Amyra Dastur's "Omg Omg Omggggggg" comment that was followed with fans asking the actor if he finally wed his lady love.

While one fan said "Congratulations bhai," another asked, "When is the wedding?"

"Is it happening," asked on of the users while another one wrote, "Nikaah to nhii kar liya naaa."

Actress Esha Gupta also joined in and left a heart emoticon in the comments section. 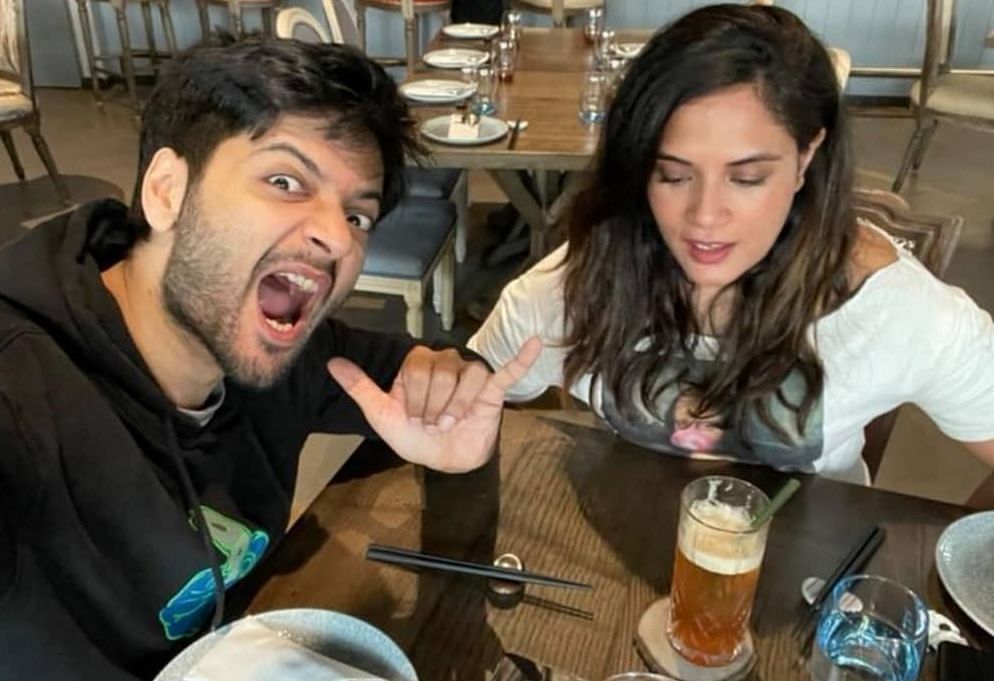 Richa and Ali have been engaged for over a year. The couple was set to tie the knot in 2020 but delayed their wedding owing to the COVID-19 crisis.

Speaking to PTI, the actors' spokesperson had said, "Given the current scenario and the unfortunate turn of events owing to the COVID-19 pandemic globally, Ali Fazal and Richa Chadha have decided to postpone their wedding functions."

The couple had made their relationship official in 2016.

On the work front, Richa has a couple of Bollywood films and web series in her kitty while Ali's upcoming film is the Hollywood mystery thriller 'Death On The Nile', directed by Kenneth Branagh.

Read Also
'In sickness and in health': Richa Chadha, who fractured her foot, thanks beau Ali Fazal for all the... 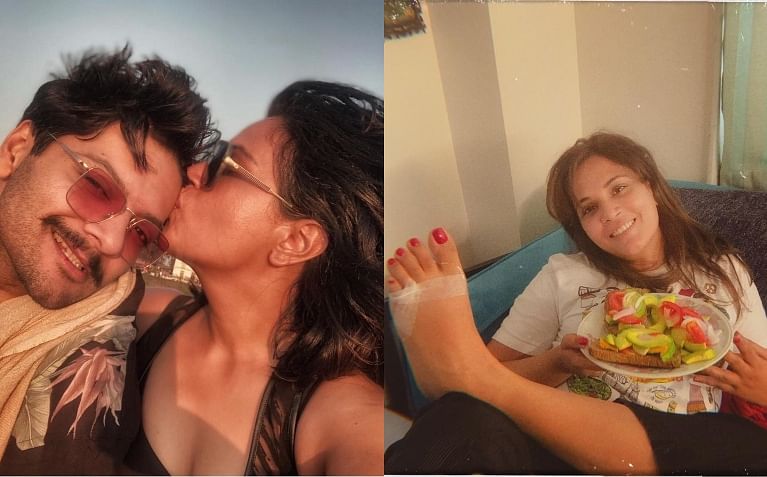