The trailer of Akshay Kumar and Bhumi Pednekar's much-awaited film 'Raksha Bandhan' was launched at a grand event in Delhi on Tuesday.

The film is set against the backdrop of middle-class life at Chandni Chowk. It shows a story of love and joy, and the unbreakable bond that binds brothers and sisters.

Akshay's character wants his four sisters to get married before him. Sahejmeen Kaur, Deepika Khanna, Sadia Khateeb, and Smrithi Srikanth play the roles of his sisters.

During the trailer launch event, Akshay was asked how he managed to work with his five co-stars as women are known to have 'sweet tantrums.' "You are the only man that can be seen in the trailer, with four sisters and Bhumi. When you film with women, they have these sweet tantrums. Toh kis tarike se aapko jhelne pade chaaron ke aur Bhumi ke," the reporter asked Akshay.

Directed by Aanand L Rai and produced by Zee Studios, Colour Yellow Productions and Cape of Good Films, the comedy-drama is all set to hit the big screens on August 11. 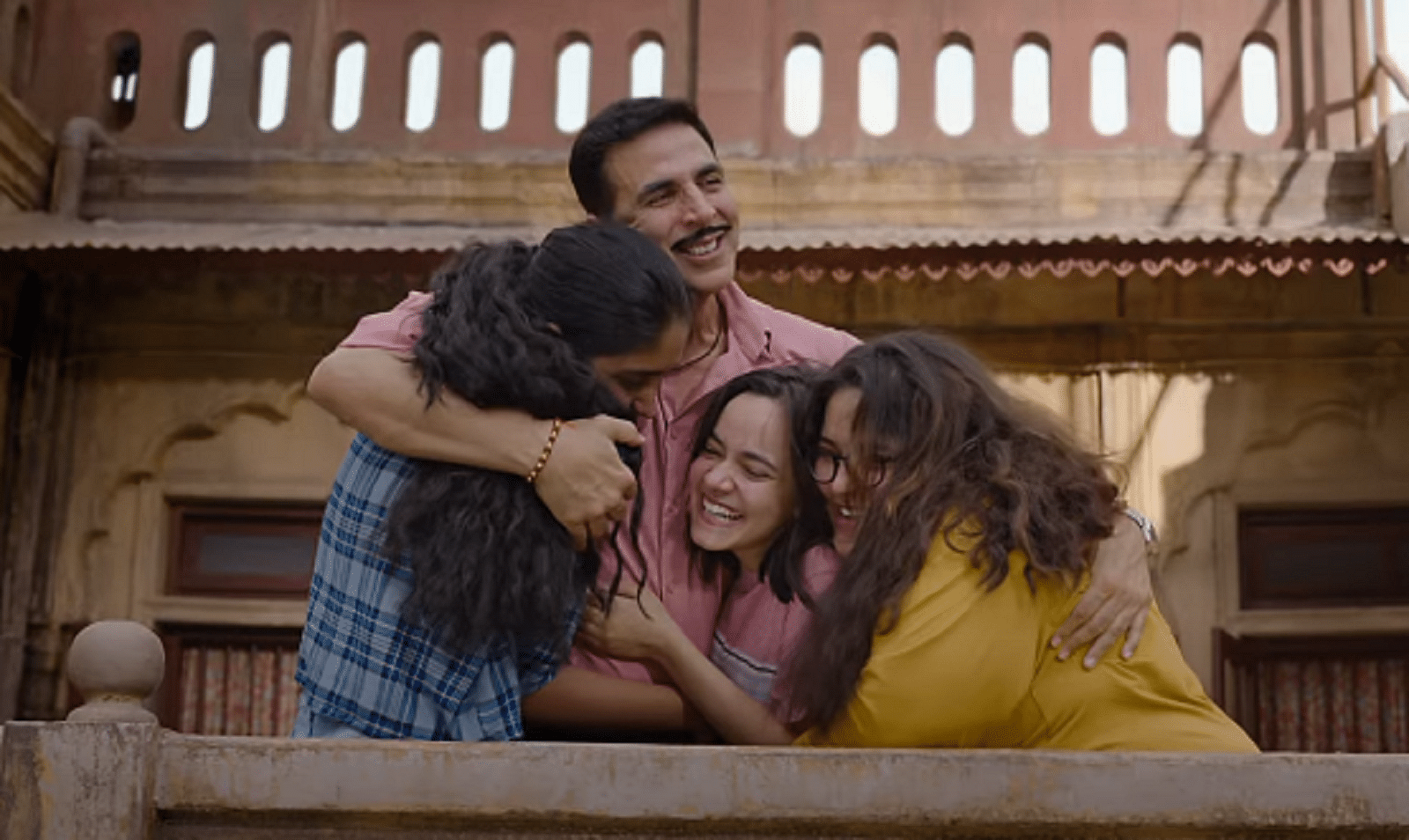