'After Taimur's name controversy, both Saif and me haven't thought of it': Kareena Kapoor Khan on second child's name

Kareena Kapoor and Saif Ali Khan, who welcomed their first child Taimur Ali Khan in 2016, are expecting an addition to their family.

'After Taimur's name controversy, both Saif and me haven't thought of it': Kareena Kapoor Khan on second child's name |

Kareena Kapoor and Saif Ali Khan, who welcomed their first child Taimur Ali Khan in 2016, are expecting an addition to their family.

Mommy-to-be Kareena has revealed that they haven't thought about the name of their second child, due to the controversy over Taimur's name.

Kareena, on a recent episode of her chat show 'What Women Want', told Neha Dhupia, "After the whole controversy of Taimur, both Saif and me have not even thought about it. We’re like going to leave it last minute and then spring a surprise."

She said that they have decided to wait until the baby arrives.

During the episode, when Neha suggested the duo to hold a poll for the same, Bebo quipped, "I don't want to go down that route. I’m gonna tackle this right at the end."

For the unversed, ever since the time Saif Ali Khan and Kareena Kapoor Khan named their baby as Taimur, the innocent one had been surrounded with controversies galore over his name as many believed that he was named after a Turkish ruler.

Later, in an interview to a leading tabloid, Saif Ali Khan had spoken at length about Taimur, amongst other things, and said that the kind of drama over the name was totally unnecessary.

He felt that he didn’t have to say anything because a lot of people had spoken wisely and liberally. He added that, though there were ones who had raised some objections (over the name Taimur), there were others who had spoken on his behalf.

Saif also emphasised on the fact that, he felt quite confident that we did not live in a right-wing society as yet and that India was still liberal and people were still open minded. He clarified that, the idea behind naming his son as Taimur was never to offend anyone and that, his wife and he loved the sound of the name and they loved its meaning.

Saif Ali Khan also added, while he was aware of the heritage of the Turkish ruler Timur, his son’s name Taimur is an ancient Persian name that meant iron.

On a lighter note, Saif Ali Khan had said that, just like in films, he too should have added a disclaimer to his son’s name stating ‘any resemblance to any person, living or dead is purely coincidental’. 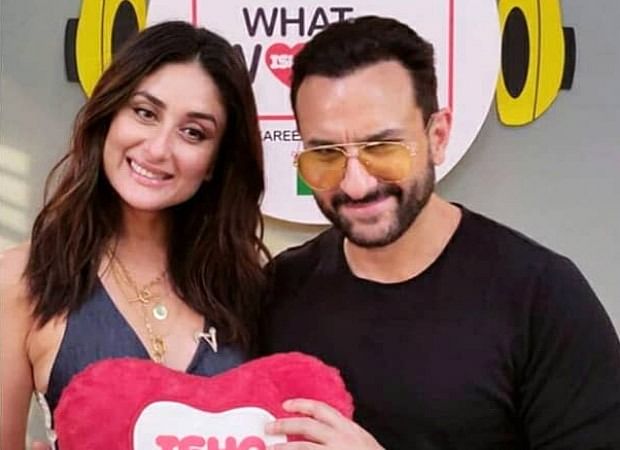 HomeEntertainmentBollywood'After Taimur's name controversy, both Saif and me haven't thought of it': Kareena Kapoor Khan on second child's name