After Taimur, Deepika Padukone’s ‘Padmaavat’ doll is all the rage on social media

The doll which has gone viral in no time, is an exact replica from one of her costume stints in the film.

After Taimur, Deepika Padukone’s ‘Padmaavat’ doll is all the rage on social media | Photo via Twitter
Advertisement

To answer the most debatable question – Are Bollywood celebs made of plastic – seems like a yes. Well their dolls most certainly are. After the much viral Taimur doll that made waves on social media in 2018, B-town’s leggy lass Deepika Padukone is the latest one to be immortalised as a figurine.

Unlike her charismatic wax figure at Madame Tussauds, this one’s a doll inspired by her role in Sanjay Leela Bhansali’s magnum opus ‘Padmaavat’. The film which also starred Shahid Kapoor and her husband Ranveer Singh, saw Padukone essay the role of Rani Padmavati.

The doll which has gone viral in no time, is an exact replica from one of her costume stints in the film. Clad in a pastel green lehenga, and matching jewellery, the doll is as stunning as DP.

On work front, Deepika will be seen as Romi Dev, wife of cricket legend Kapil Dev, played by Ranveer in the upcoming film ‘83.

Asked about sharing screen space with her husband once again after movies like ‘Goliyon Ki Raasleela Ram-Leela’ and ‘Bajirao Mastani’, Deepika told IANS: "It was good. It was a refreshing change because of the kind of films that we have done before. It was a completely different setting, era, characters, costumes and dialogues. It was refreshing to work with him in this capacity."

"We were both surprised. We had to remind ourselves that we had worked with each other before because these characters were so different from what we had already done before and we look forward to working with each other in contemporary films a lot more," said the actress.

The film, based on India's historical 1983 Cricket World Cup victory, also has Deepika donning the hat of a producer. Helmed by Kabir Khan, it will release on April 10, 2020.

Furthermore, she will be seen in Shakun Batra's untitled film starring Ananya Panday and Siddhant Chaturvedi.

Padukone has also announced ‘Mahabharat’ from the point of view of Draupadi, which will be co-produced by Madhu Mantena. 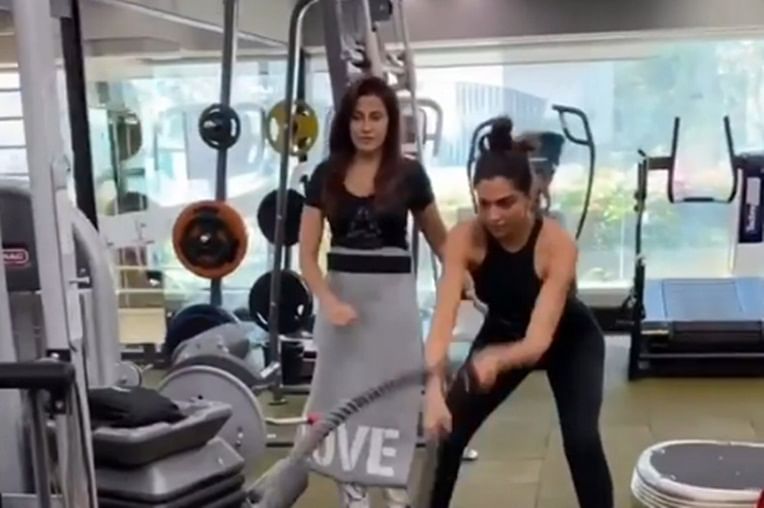