A day after returning from Kashmir, Sara Ali Khan leaves for Maldives with mom Amrita Singh amid Mumbai lockdown

Sara and her mom Amrita were spotted at the Mumbai airport by the paparazzi.

Bollywood actor Sara Ali Khan, who recently returned from her Kashmir trip with brother Ibrahim Ali Khan and mother Amrita Singh, reportedly jetted off to the Maldives amid the ongoing 15-day lockdown in Mumbai.

On Saturday, Sara and her mom Amrita were spotted at the Mumbai airport by the paparazzi.

The star kid has joined other celebs like Taapsee Pannu, Sara Ali Khan, Deepika Padukone and Riteish Deshmukh, who left the city to holiday and reside elsewhere for the time being.

As of now, cinema halls have been shut, and the Maharashtra government has ordered all film and TV shoots to be stopped immediately.

To control the coronavirus surge, Maharashtra is under a new 15-day 'lockdown-style' curfew April 14-April 30, as announced by Chief Minister Uddhav Thackeray. Recently, the 'Kedarnath' actor took to her Instagram handle and shared memories from her recent trip to the "paradise on earth."

In the caption she wrote, "A little bit of paradise on earth of people so wonderful there truly is a dearth @manan_tramboo." The post from the 25-year-old actor, featured goofy pictures with Ibrahim, to clicks of the snow-capped mountains. Sara perfectly captured the beauty of Kashmir. 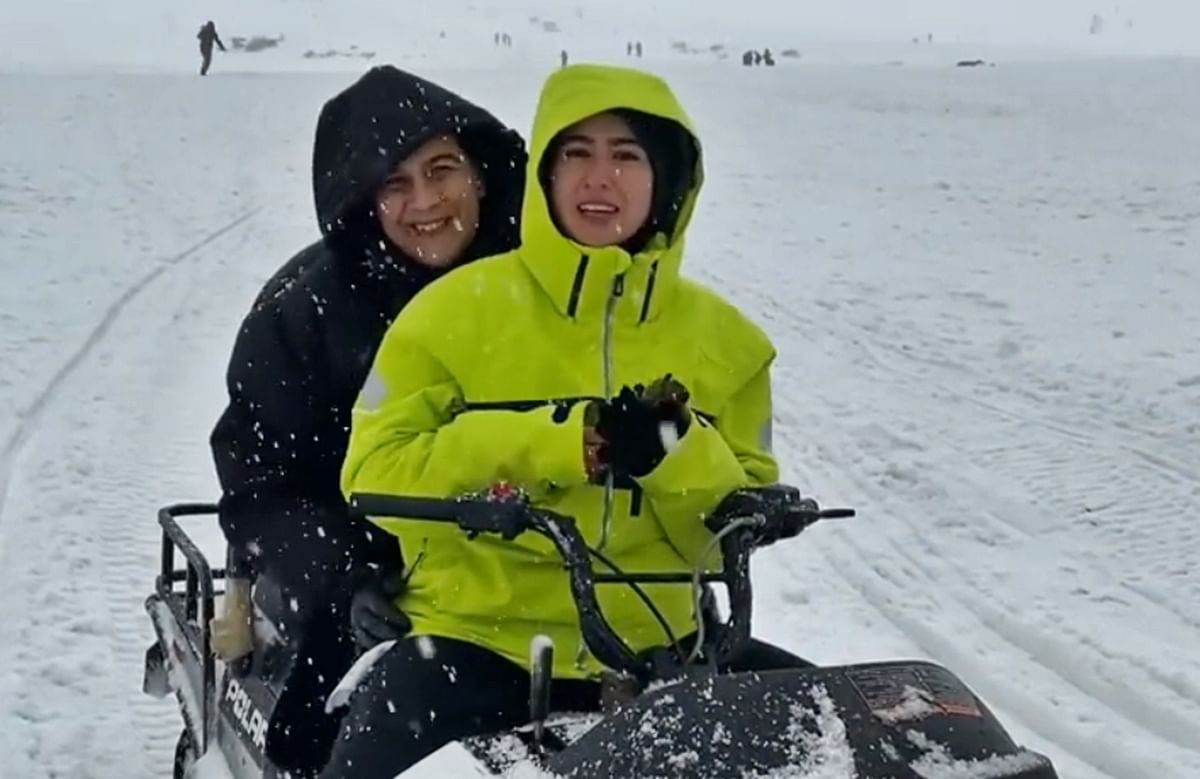