Earlier, the bride had married another youth when she was minor. The youth's family came to the function and had a dispute with bride's kins.
FP News Service 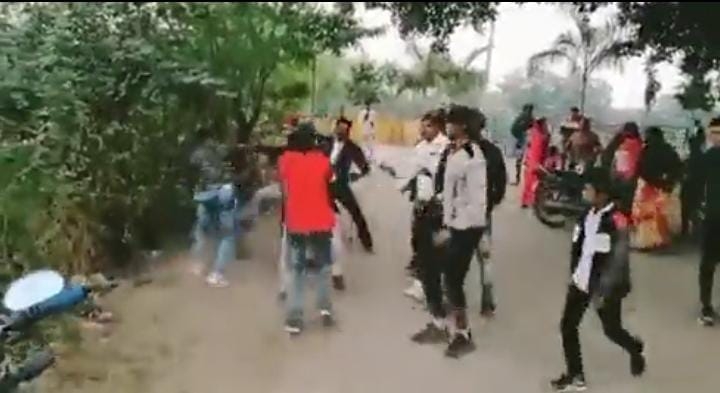 Clipping from the video | file photo

Shivpuri (Madhya Pradesh): A couple were tying knot at a temple in Karera,Shivpuri district and a group were manhandling with bride’s kins outside the temple.

Earlier, the bride had married another youth, Akhilesh Parihar when she was minor. The kins of the girl had registered a case against Akhilesh and he was sent to jail.

According to reports, Akhilesh Parihar, a resident of Dongri village, Jhansi district of Uttar Pradesh, had an affair with the girl. About a year ago, he eloped with the girl and got married. As soon as the girl's parents came to know about the incident, they had lodged a complaint of kidnapping. When both of them returned to the village, the police caught Akhilesh and sent him to jail. Akhilesh has been lying in jail for the last eight months.

Meanwhile, the girl's parents had fixed the second marriage of the girl without breaking the first one.

On Monday, December 13, when Akhilesh’s uncle Saheb Singh Parihar came to know about the second marriage of the girl, he got heated and rushed towards the spot along with a group. They tried to stop the wedding and had a dispute with the bride's brother. The matter escalated and they broke into fighting each other outside the temple.

Saheb Singh Parihar said, “ The girl has been married to our boy earlier. In such a situation, either stop the marriage ceremony, or get our boy released from jail, but they said that neither the marriage will stop nor the boy will be released.”

Later on, Parihar reached the police station and lodged a complaint of assault against them.

The marriage of the girl was, however, complete and she went along with her newly wedding husband.

Madhya Pradesh: A couple were tying knot at a temple in Karera, Shivpuri and a group of people fighting with bride's kin outside the temple. pic.twitter.com/4WDW8542aL 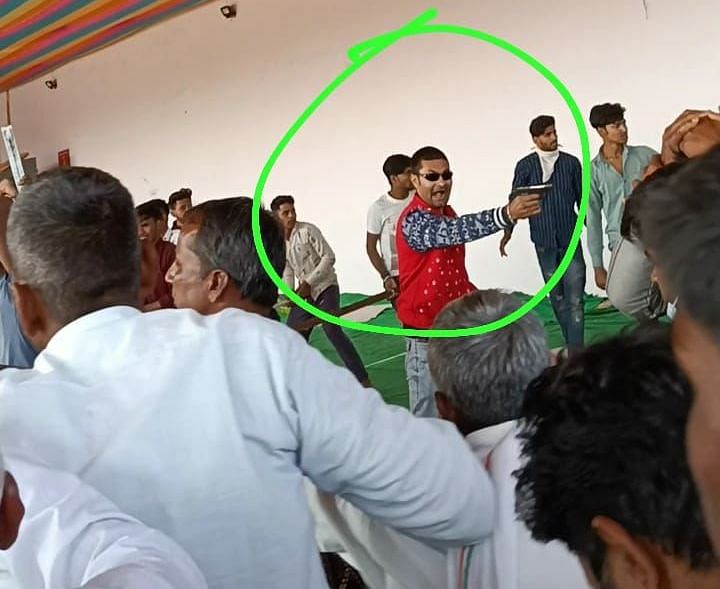