The Chief Minister Shivraj Singh Chouhan announced for over 30 lakh record dose inoculation as a gift to PM Modi but state for the first time in a mega drive failed to achieve the target. The state only managed to administer 27 lakh doses on PM's birthday.

Meanwhile, the irregularities came into light in Agar-Malwa region of the state where a dead woman was said to have been given the second dose of the vaccine on PM’s birthday.

Ashutosh Sharma- son of late Vidya Devi said that his 65-year-old mother took the first dose of vaccine on March 8. After that she got infected with COVID in the last week of April and was admitted to the government hospital. She died on May 1 following the illness but he received a message on September 17 at 8:02 pm that his mother had successfully completed the second dose of the vaccine.

Ashutosh has shown the certificates to the media including death certificate of his mother and the vaccination certificate which he downloaded on September 17. “I think a lot of pressure is being put on the officials, to increase the numbers of vaccination that they are forced to commit forgery,” Ashutosh added.

Another case reported in the cantonment area of Agar-Malwa where a woman Pinky Verma received a message of second dose though she was not administered with the second dose of vaccine. 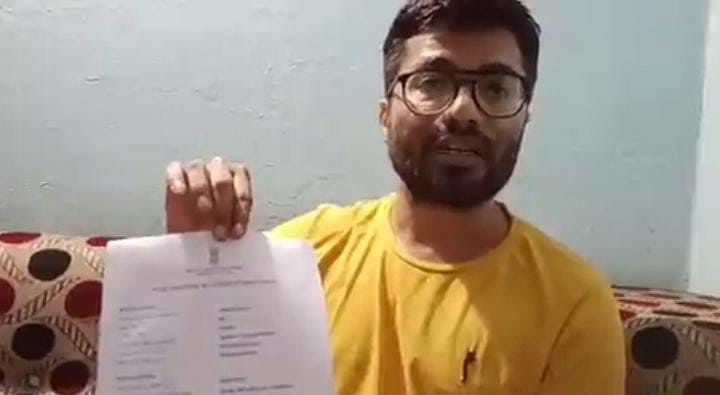