An FIR was registered against the accused and police began a search to nab them.
FP News Service 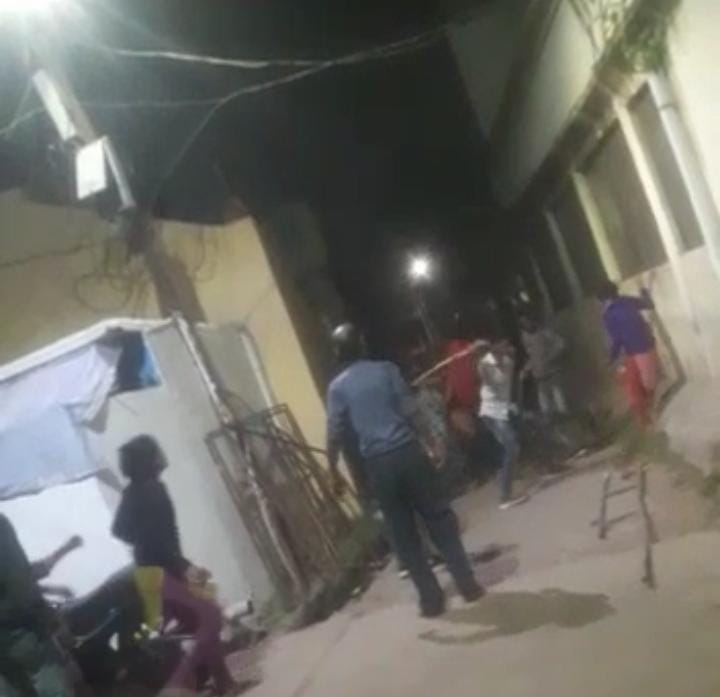 Jabalpur (Madhya Pradesh): A group of miscreants beaten up girls over a minor issue under Garha police station, Jabalpur.

A video of the incident went viral on social media on Friday.

Uncle of the victim girls, Arjun Singh said that the accused were passing nearby his house during night along with their bikes at a high speed. As soon as they passed his house, a pet dog started barking at them. Because of this, the accused got angry and hit the dog with a rod. After which the girl came out of her house and protested against it.

The accused started abusing her and, in the meantime, her other sisters were also gathered there. After that the accused picked the stick and started beating the girls fiercely.

Soon after the incident, they reached the police station along with their uncle and lodged a complaint against the accused Prince Srivastava, Monu Srivastava, Shibu Dahiya and Bablu Srivastava.

CSP Tushar Singh said that on the complaint of the victims, an FIR was registered against the accused in Gadha police station and the police began a search to nab them.

Madhya Pradesh: Miscreants beat up girls over a minor issue in Jabalpur. A video of the incident is going viral on social media. A case has been registered against the accused. pic.twitter.com/tbYqkr9mR1