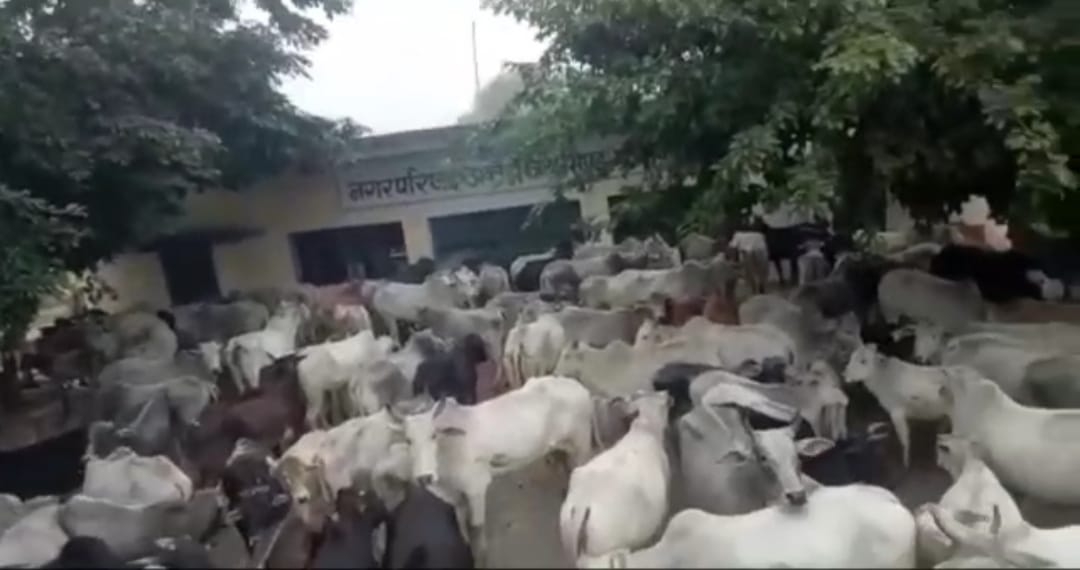 Bhind (Madhya Pradesh): Angered by the menace of stray cattle, residents of a town in Madhya Pradesh's Bhind district drove hundreds of cows into the grounds of a local civic body, an official said on Tuesday.

Residents have claimed that the stray cattle had been destroying their crops, and were angry that they were not being sent to a gaushala (cow shelter), he said.

A cow shelter had already been built, but it has not been handed over to the civic body, he said.

The cows were still in the compound and 20 quintals of fodder had been arranged for them, the official said, adding that he will be meeting the district collector on Wednesday to inform him about the problem.

Meanwhile, a video of the farmers and residents protesting has also surfaced on social media.