The video that surfaced on social media was reportedly recorded at a village in Madhya Pradesh's Harda district. Notably, Harda is the hometown of Kamal Patel, who is the agriculture minister in the Madhya Pradesh government.

Bhopal (Madhya Pradesh): A video surfaced on social media, in which over a dozen students, including girls from a village in Madhya Pradesh, are seen crossing a bridge as rainwater flows over it. The bridge built on a local river seems to be the only way to reach the other side.

The video surfaced on social media was reportedly recorded at a village in Madhya Pradesh's Harda district. Notably, Harda is home town of Kamal Patel, who is agriculture minister in Madhya Pradesh government.

Congress leader Priyanka Gandhi posted a video of students crossing the bridge saying, "Children are future of the country and their security is the responsibility of the government. Madhya Pradesh government should ensure to provide a safer route for these children to reach their school."

Along with many other parts of the state, Harda district has received heavy rain in the last few days and there has been a flood like situation at may places. As per the reports, at least 200 people have been rescued from flood and were shifted to a safer place on Wednesday. Due to heavy rain in the district, a road connecting Bhopal and Betul was submerged into water.

Because of heavy rain for last one week, flood-like situation has arisen in almost all parts of the state, including Bhopal.

Two days back, a video went viral on social media showing the school children attending class with umbrellas amid the rain.

That incident was reported from Seoni district, where children were using umbrellas to protect themselves from rainwater dripping from rooftop of the school building. 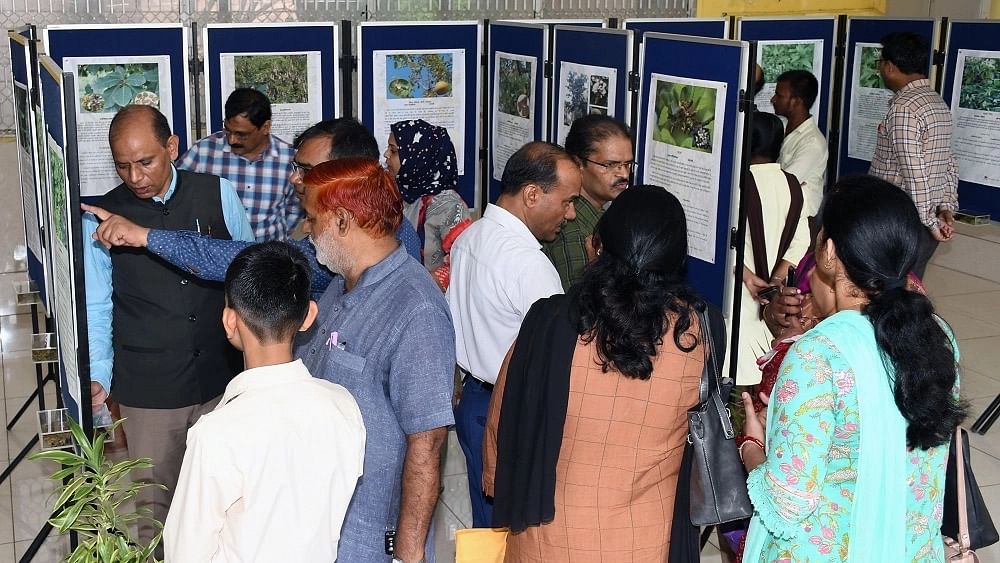