The order issued on Saturday evening.

Sidhi collector Ravindra Chaudhary has been made director of public health and family welfare. 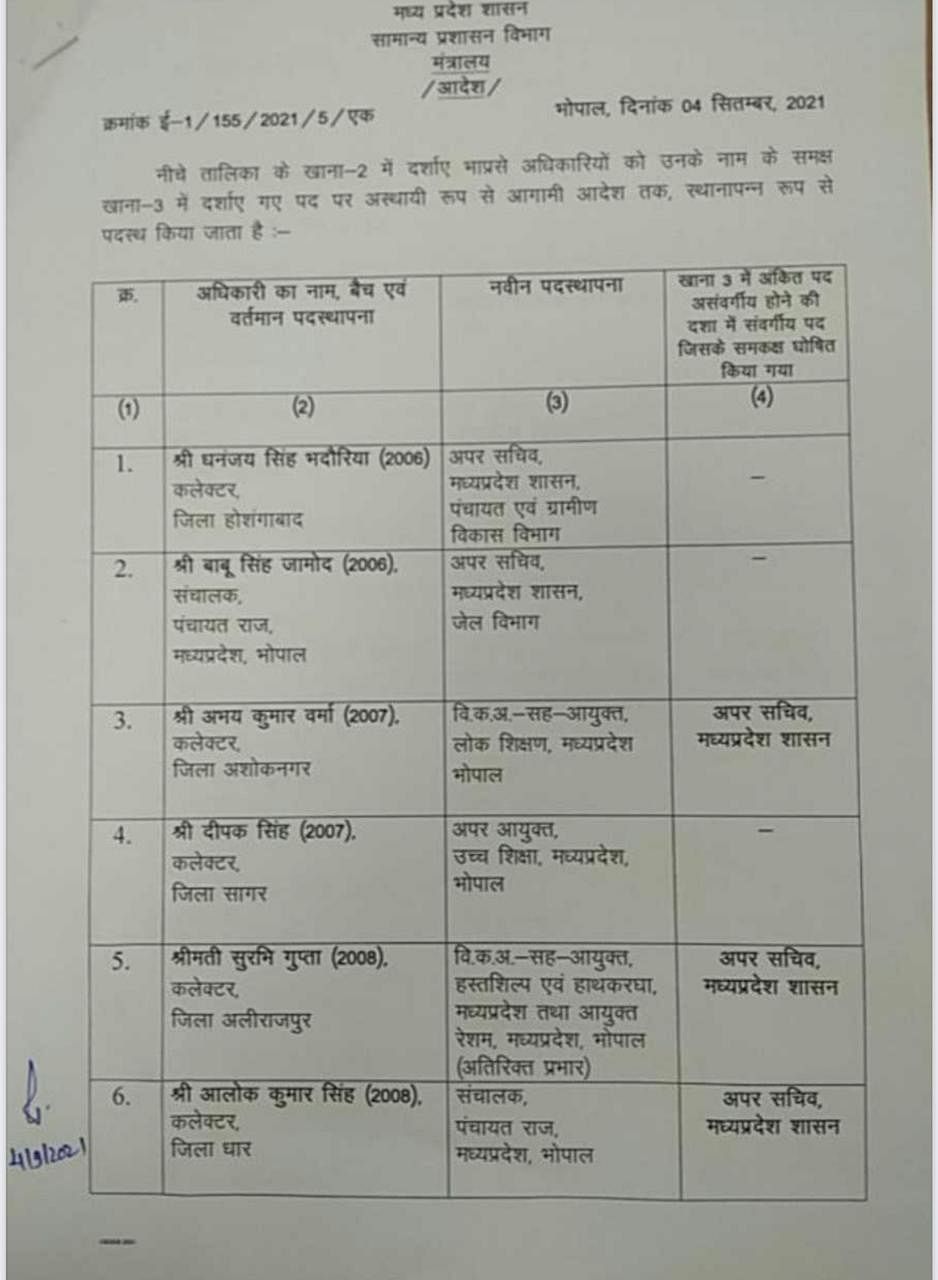