The incident occurred under Ahmiya police station limits on Sunday evening and a CCTV video of it went viral on social media on Tuesday.

Rewa (Madhya Pradesh): A BJP leader along with his companions has allegedly thrashed an ex-serviceman, who runs a salon, and vandalised his shop in Rewa district of Madhya Pradesh.

The incident occurred under Ahmiya police station limits on Sunday evening and a CCTV video of it went viral on social media on Tuesday.

In the viral video, the BJP leader, Rituraj Chaturvedi along with his supporters was spotted entering the shop and brutally thrashed the ex-serviceman, Dinesh Kumar Mishra. Rituraj also vandalised the things kept inside the shop.

On the other hand, Mishra said that he was sitting inside his shop and in the meantime Rituraj Chaturved and his supporter Anuraj Mishra came to his shop and attacked him. The incident that occurred with him was a disrespect to a soldier of the nation. “I tried reporting complaints against them earlier as well but the administration did not take action against them. Now, this time I have proof of the incident. I want the administration to help me, Mishra added.

According to reports, there was an old dispute between Rituraj and the ex-serviceman Mishra. Notably, Rituraj claimed himself close to many prominent leaders of the BJP. He had posted with Chief Minister Shivraj Singh Chouhan, BJP state president Bidi Sharma and Rewa MLAs, on his social media. 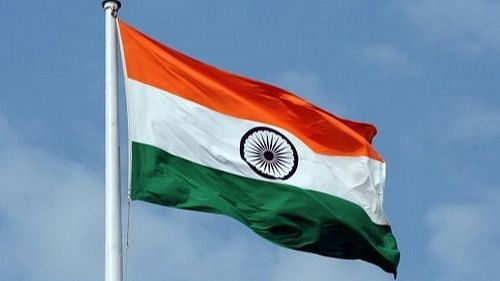