Van Vihar denizens not to get any special protection from rains 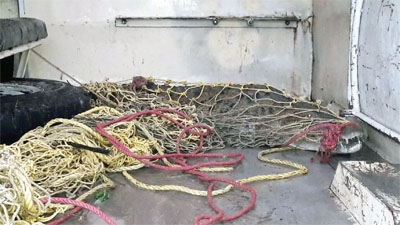 BHOPAL : Heavy rains created havoc for the masses in Madhya Pradesh and animals are also not left untouched with the severity of the rains. Due to the continuous rain animals at Van Vihar too had to find shade under trees said an official at Van Vihar.

Van Vihar has six tigers and three leopards and two lions apart from other endangered animals like species of turtles and snakes but there is no special arrangement to protect them from rains. Assistant Director P. K. Ghai said, “We cannot make any change in the natural habitat of the animals. Since, Van Vihar is spread over a large area; we have built few shacks for the animals. Now, it is entirely up to them if they sit under it or not. We have to take care of the aquatic animals most as the rain water brings mud which is deposited in the water bodies of turtles, crocodiles and alligators. Tough they are habitual of living under harsh conditions, this deposited mud reduces the distance between fence and these animals, they can escape if not taken care of”, he said.

According to Anup Upadhyay, professor, IIFM, there is no harm to animals in their natural habitat but since Van Vihar is not a national park, proper care should be taken to make sure that animals don’t get hurt at all.

“There are electricity poles which can cause any accident.

The roots of the trees get loosened due to continuous rain and sliding mud, which is why often tree fall during rain. There is a lot of human movement at Van Vihar which is also a matter of concern because the carnivorous animals turn furious on not finding food, as animals hide to protect themselves from rain. The authorities should be ready for anything but I don’t see any preparation to handle any emergency”, he said.