Bhopal (Madhya Pradesh): Mehgaon police of Bhind district have arrested three more accused of triple murder case that took place in Pachera village on Sunday. The villagers protested the killing and demanded to raze the house of the accused.

There was rivalry between the former village sarpanch Banti Sharma and his political rival Hakim Singh Tyagi. They are the distant relatives. It is alleged that the supporters of Banti Sharma opened fire on Hakim Singh, Anuj Singh Tyagi and Pinku Singh Tyagi from close range. In the firing, three died while accused fled from the spot. The police have arrested the three accused on Monday. On Sunday, the police had arrested two accused. 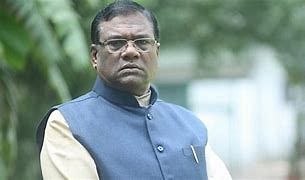