Saints to BJP: Field a Brahmin from Sagar 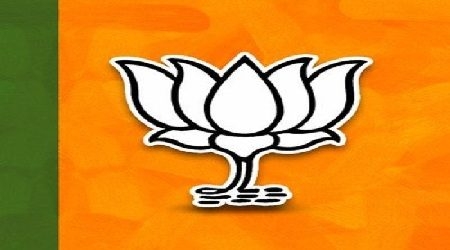 Bhopal: The state office of Bharatiya Janata Party has turned out to be a battle field ahead of the ticket distribution for assembly elections. While the candidates seeking tickets are getting their followers demonstrate in their favour; the contenders are also getting demonstrations staged against the sitting MLAs.

A group of sants on Thursday reached the BJP state office and demanded a Brahmin to be given ticket from Sagar. The sants including Vipin Bihari, Shriram Acharya and others did ‘Swastivachan’at the BJP state office. They approached Vijendra Singh Sisodia, who is looking after coordination, and said that Sagar has been represented by MLA from Jain community for the past 35 years and so this time a ticket should be given to Brahmin candidate.

BJP always prefer giving ticket to Jain candidate but this time a Brahmin should be fielded from Sagar, the sants told the party functionary. They said if the party does not field a Brahmin candidate from Sagar this time, then the community would not support the party in the upcoming polls.

These sants, coming out after meeting Sisodia, said they did not demand for any specific candidate but simply asked to give ticket to any Brahmin candidate. They said they had no issues with the sitting MLA Shailendra Jain but they do not want Jain to be given ticket this time. BJP leader Anil Tiwari is also amongst the contenders from Sagar. His followers had brought the sants.

At the office, people from Sanchi constituency raised slogans against forest minister Gaurishankar Shejwar. They said that Shejwar and his family member should not be given ticket. They demanded that any person, other than Shejwar family, should be fielded from the constituency.