Ready to talk with 'heads bowed, hands folded', says PM Modi during an address to farmers of MP 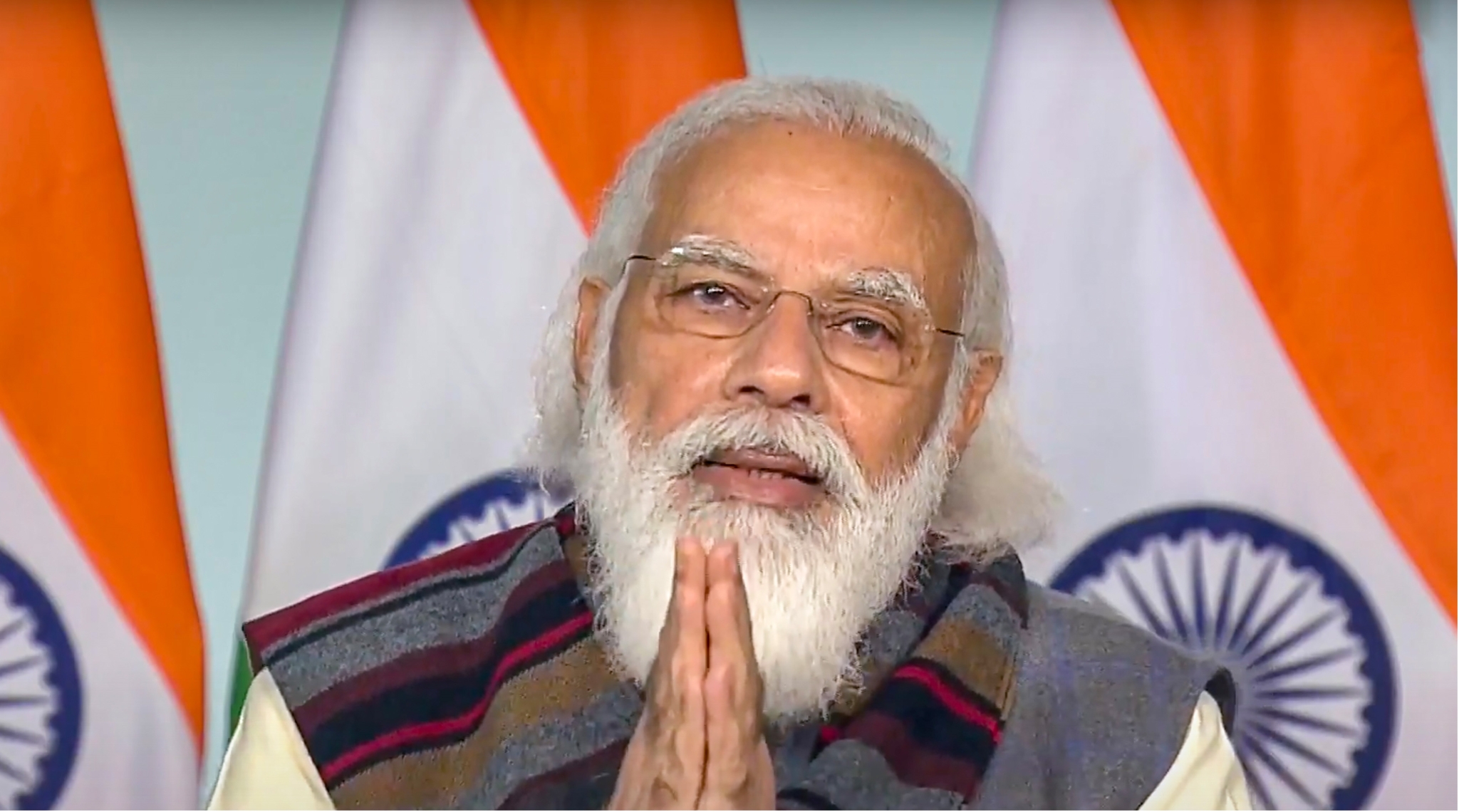 Prime Minister Narendra Modi on Friday asserted that the farm laws were not brought overnight and even opposition parties advocated such laws but are criticising these reforms now as they are upset because Modi has done it, and said the government was ready "with our heads bowed, our hands folded, with humility" to allay any concerns over the issue.

The Prime Minister's fresh overtures came during an address to farmers of Madhya Pradesh even as Union Agriculture Minister Narendra Singh Tomar expressed hope of resolving the issue of protesting farmers before the new year. Thousands of farmers, especially from Punjab and Haryana, continued to protest at Delhi borders for more than three weeks as formal talks between the government and representatives of farmers' unions remained deadlocked with protesting agriculturalists refusing to accept anything less than a repeal of the newly enacted laws.

"In the last 20-22 years, the Center and the state governments have deliberated on these agriculture reforms in detail. The new agriculture laws have not been drafted overnight but political parties, agriculture experts and progressive farmers have demanded it for a long time," Modi said in his nearly an hour-long address through video conferencing.

He stepped up his attack against the opposition parties, saying "their problem is how Modi has done it and why Modi should get credit for it...I request all political parties with folded hands, please keep all the credit. I'm giving credit to all your old election manifestos. I just want ease in the life of farmers, I want their progress and want modernity in agriculture." During his address, Modi also talked in detail about various provisions of the new farm laws, including minimum support price (MSP), and said the talk that the new laws will lead to the its scrapping is the "biggest lie ever". "No sane person will accept that MSP will be scrapped. Nothing will be a bigger lie and conspiracy than this", he said and assured that MSP for crops will continue. "Even after all these government's efforts....If anyone has any concerns, then with our heads bowed, our hands folded, with humility, we are willing to allay their fears," Modi added. Farming in India should get modernized in the changed global situation and should not lag behind now as "time cannot wait", Modi said. 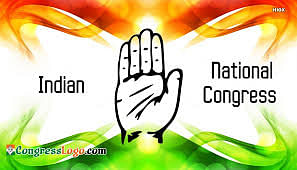 Asserting that the Modi government is committed to addressing all genuine concerns of the farming community, Tomar said it is willing to resume formal talks anytime, but added that there was no point talking to those "shooting from peasants' shoulders". In an interview with PTI, Tomar -- who is leading the negotiation with about 40 farmer unions along with Food Minister Piyush Goyal and Minister of State for Commerce Som Parkash -- asserted that the three new farm laws are beneficial for farmers and the government is ready to give a written assurance that the MSP and mandi system will continue.

He put the blame on opposition parties for misleading the farmers and accused them of changing their stance on the reform process and politicising the issue.

As the farmers' protest continued for the fourth week, the All India Kisan Sabha (AIKS) said the issue of the ongoing farmers' protests against three new farm laws needs to be resolved by the government and not the Supreme Court.

The AIKS, a key member of the "Samyukta Kisan Morcha" that is spearheading the "Dilli Chalo" agitation against the three farm laws, asserted that no farmer organisation approached the court in the first place and asked for its intervention in the matter.

Meanwhile, Shiromani Akali Dal sought President Ram Nath Kovind's intervention in convening the Winter Session of Parliament at the earliest, saying its cancellation on the excuse of COVID-19 was "indigestible" as the three farm laws were passed when the pandemic was at its peak. In his letter to the President, SAD chief Sukhbir Singh Badal said Parliament must meet immediately as "a national priority".

Describing the government's attitude as a case of "historic blunder", Badal said "the ruling party's stubbornness to listen to the country's 'annadata' and to let them die within a few hundred yards of Parliament would be remembered in history as a case of a heartless and conscience-less government at war with its own people." While on one hand the Centre continued to maintain that it was ready to hold talks with farmers on any issue, on the other hand the Union ministers stepped up their attack against the opposition parties for their stance with Hardeep Singh Puri accusing the Congress of spreading "canards" over the recent farm laws and "instigating" protests.

"Even their senior leader, Rahul Gandhi, was vacationing abroad when the voting took place. The party is clearly imploding. It should rather bother about holding its remnants together than stoking fire in the country," Puri said in tweets.

Citing a Hindi idiom, the Union civil aviation minister alleged that the Congress is warming its hands while setting the houses of others on fire. Slamming opposition parties, Union minister Mukhtar Abbas Naqvi alleged that "failed political players" who have been rejected repeatedly by the people are acting under their "depression of defeat" and "misleading" the farmers.

The Minority Affairs Minister also lashed out at opposition leaders Rahul Gandhi and Arvind Kejriwal, alleging that the Congress leader was "posing" as a farmers' leader despite knowing little about farming, while the Delhi chief minister was "karne mein zero, dharne mein hero (zero in work, but hero in sit-ins)".

Farmers throughout the country are satisfied that Prime Minister Modi has worked for their empowerment and interests after coming to power, Naqvi told PTI in an interview. Hitting back, Rajasthan Chief Minister Ashok Gehlot asked the central government to focus on resolving its standoff with farmers over three farm laws and keep other issues on hold.

He also claimed that whether it was judiciary or bureaucracy, all are functioning under pressure from the Centre. 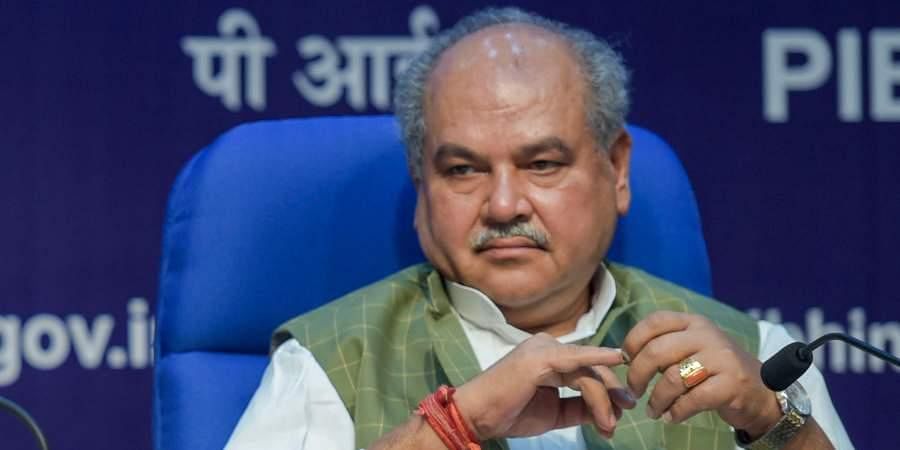