The attackers allegedly hit the forest staffers with axes and sticks. One of the injured personnel informed senior forest officials about the attack at about 9 pm on Saturday.

Panna (Madhya Pradesh): Three forest guards have been injured in an attack allegedly by some people involved in illegally cutting teak wood in Madhya Pradesh's Panna district, an official said on Sunday.

The incident took place on Saturday evening when the victims, who were part of a patrolling team, stopped about a dozen people from cutting teak wood at Kaua Seha beat in Vishramganj forest area, forest ranger Ajay Vajpayee said. The attackers allegedly hit the forest staffers with axes and sticks, he said.

One of the injured personnel informed senior forest officials about the attack at around 9 pm on Saturday, he said. Later, senior officials reached the spot and took the three injured guards to the district hospital in Panna where they are undergoing treatment, he said. The police have launched a search for the attackers, the official added. 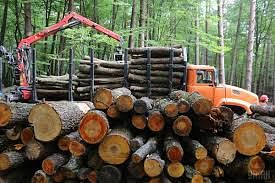