On Camera: Labourer run over by tractor-trolley, dies

Jatav was rushed to Morena district hospital for treatment, where he was declared brought dead on arrival by the doctors

Morena (Madhya Pradesh): A recklessly-driven tractor-trolley ran over a labourer on station road here on Wednesday. He died on way to hospital, the police said.

The police added that a case had been registered against unidentified driver of the tractor-trolley. The police have identified the deceased as Naresh Jatav who was a daily wager. During investigation, the police learnt that Jatav was walking down the road, when he was run over by a speeding tractor-trolley, which was allegedly transporting sand illegally. Jatav was trampled over by the vehicle and sustained grievous injuries, after which the locals informed his relatives. Meanwhile, the tractor driver fled on vehicle from the spot.

Jatav was rushed to Morena district hospital for treatment, where he was declared brought dead on arrival by the doctors. The matter also came to the notice of police and district administration.

Talking to the media, City Superintendent of Police Atul Singh stated that the incident sparked panic in the locality and further investigations were on to nab the driver of tractor-trolley. 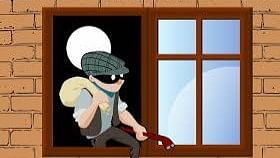