Indian players pose for photographs after their victory against Australia during women's field hockey quarterfinal match at the 2020 Summer Olympics, in Tokyo, Monday, | -PTI
Follow us on

Bhopal: India's women's hockey team has scripted history after qualifying for the semi-finals of the Olympics for the first time with a stunning 1-0 victory.

They beat Australia, who had been looking for their first medal since securing a podium finish in Sydney in 2000, in the quarter-finals.

Although, Gurjeet Kaur scored the only goal in the match, the entire team showed a great mix of aggression and strategy and did not allow Australia to dominate.

Three of the players who made India root for its national sports once again, were trained at the Madhya Pradesh Hockey Academy based in Gwalior during their early years.

Vandana Katariya, Sushila Chanu and Monika Malik were trained in the state. They have represented Madhya Pradesh at least once at national tournaments.

Two players, who have been kept as reserve in the national team at Olympics, E Rajani and Reena Khokhar, also have represented the state early in their career.

The women’s team began slowly at the Olympics. They lost their first three league matches against the Netherlands, Germany and Great Britain.

The women’s team finally got their well-deserved first win at the league against Ireland by 1-0.

They booked their seat in the quarter finals after winning their fifth league match against South Korea by 4-3.

Vandana, who has trained at SAI Bhopal chapter for several years, scored three goals in the deciding league match.

Vandana has represented MP in Jharkhand National Games and senior national hockey tournament in the past.

When the team was put against Australia, who were the top-scorers of the other pool, Vandana, Monika and Sushila, all amazed the opponents with their display.

MP academies have become the training centres for the players of both MP and other states, she said. It is a big day to celebrate as all these players were connected with either the academies or they had represented MP in national tournaments, added Kaur. 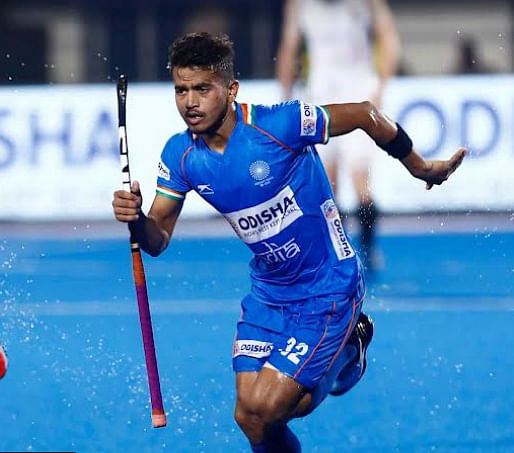