‘Now I am free from slavery, was discriminated throughout service for being an Ambedkarite’: MP Dalit IAS pours his pain in an open letter

“I am an artist and have pen with me and lot of stories of the downtrodden. So…role, camera and action”
Staff Reporter 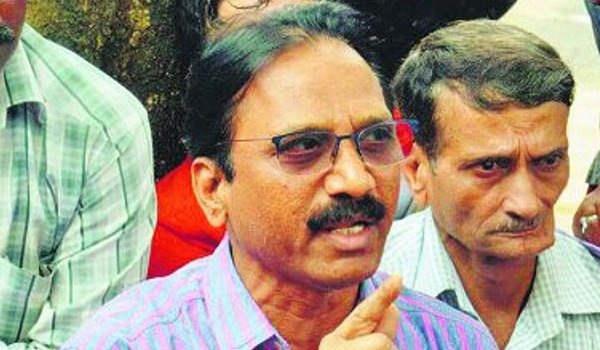 BHOPAL: A dalit IAS officer of 1993 batch, Ramesh Thete, who retired on Friday has expressed his pain and anguish through a letter alleging injustice for being an Ambedkarite.

He wrote an open letter on last day of his service titled, ‘Lekin yeh sabit hua ki tum nyay hee nahi karna chahte’ ( But it is proved that you don’t want to do justice.) Retirement from the service is like being free from slavery, wrote Thete.

“I have paid for being an Ambedkarite. I was the only IAS from MP cadre who kept Baba Saheb’s photo on my table and worked for upliftment of downtrodden without any fear,” the retired IAS has written.

Organized gang of casteists hounded me and preyed on me.

Targeting the casteist forces, he wrote that ‘they’ did not let him become collector despite being a direct IAS officer. Despite being eligible to be promoted as principal secretary ‘they’ got me entangled in legal cases.

Construction of a model road in Jabalpur through Janbhagidari brought them anguish. I worked for downtrodden in Betul and Ujjain and they got me trapped in false legal cases, read his letter.

Terming the then Lokayukta ‘casteist’, Thete has written that he tried to implicate him false cases through Lokayukta trap and filed 25 cases against him. High court gave a nod to my decisions yet they kept frivolous legal cases going against me, against established norms. When High Court absolved me of all those charges they framed my wife in a case and made me co-accused to stop my promotion to principal secretary’s post.

Thete concludes the letter by saying that now he is freed from shackles of slavery and has constitution with him. I am an artist and have pen with me and lot of stories of the downtrodden. So…role, camera and action.

Thete had also written a letter to CM Shivraj Singh Chouhan on July 25 urging him to promote to principal secretary rank before retirement.