Umesh Singh was active in Satna for quite long and claimed to be strong contender for mayoral post in Satna Municipal Corporation.

Bhopal (Madhya Pradesh): Accusing BJP of ignoring him, brother of Lok Sabha member Ganesh Singh announced on social media that he would contest for Satna mayor on BSP ticket.

Brother of BJP MP, Umesh Singh posted on his Facebook page, “BJP is neglecting me on the pretext of nepotism, therefore I will contest from BSP ticket.”

Umesh Singh later deleted the post from social media page and switched off his mobile number. Friend of Singh and BJP worker wishing anonymity said that the Facebook page belonged to Umesh Singh though he has several pages on social media platforms.

Umesh Singh was active in Satna for quite long and claimed to be strong contender for mayoral post in Satna Municipal Corporation. He made representation before BJP state president VD Sharma and other senior leaders.

His claim was set aside only because his brother Ganesh Singh is BJP MP from Satna. But Umesh has his own identity and had been working for party for quite long, said a local BJP worker from Satna.

BJP hasn’t finalised the tickets for urban body polls yet. Sources say that the names could be decided by Monday. 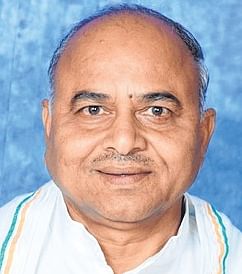