HomeBhopalMP: As Shivraj fumes over state of Bhopal roads, his ministers speak in different voices

MP: As Shivraj fumes over state of Bhopal roads, his ministers speak in different voices

Several roads, that got damaged due to excess rainfall this year or others which were not repaired for the last several years were left untouched.

Bhopal (Madhya Pradesh): The safety of commuters driving on dilapidated roads and the poor quality of construction of highways and stretches in the urban areas specially in the capital city Bhopal, is leading to questions from all corners, including BJP leaders, amid mounting pressure on Chief Minister Shivraj Singh Chouhan.

Chouhan himself had two weeks back expressed anger at officials for the decrepit condition of the roads in Bhopal after he saw life threatening potholes on a stretch in the city. Subsequently a high level meeting was called and the responsible authorities were instructed to repair all the damaged roads.

Complying with Chouhan's directions, the PWD and the Bhopal Municipal Corporation swing into action and that particular stretch was repaired within one week. However, several other roads, that got damaged due to excess rainfall this year or others which were not repaired for the last several years were left untouched.

Ironically, the ministers in the Chouhan cabinet would give different statements on different occasions on this issue, promising that the roads would be repaired as soon as possible. Faced with repeated questions from all corners on this issue, PWD minister Gopal Bhargava recently said that lack of funds was delaying the repairs.

"As soon as the budget is allocated, the roads will be repaired. Right now there is no money, but we will get the work done. In 8 months before June, we will make all the roads of Bhopal pothole-free," Bhargava had said on November 9. A few days back, he himself had stated that the roads of MP will be made pothole-free within the next few days.

Bhupendra Singh, who is state urban development minister and Bhupendra Yadav, who is considered close to Chouhan refuted Bhargava's claim of shortage of funds for road repairs and said the state government has enough funds.

"What I know is that wherever the budget is needed yes, that much is available with the government," Bhupendra Singh, who is also in-charge of the Bhopal district, said on Thursday. When asked why there are differences in statements, Singh had replied mentioning that municipal roads and PWD roads are different.

With differing statements from prominent cabinet ministers and repeated assurances from the government, the citizens of Bhopal and across the state where the condition of roads is even worse, are left with no choice but to keep waiting for the roads to be repaired. Surprisingly, it is happening despite Chief Minister Chouhan giving clear instructions that all damaged roads should be repaired as soon as possible.

It's not only the roads in Bhopal but some state highways are also in a bad condition. Reports suggested that the poor quality of roads in Madhya Pradesh has taken the life of several people, however, no attention is being paid to this issue.

In a recent incident, 15 people died after a bus overturned at a U-turn at Sohagi pahad in Rewa district on October 21. The highway connects Prayagraj (Uttar Pradesh) and Rewa (Madhya Pradesh).

Social activists have raised questions about the quality of the six-lane highway which was constructed a few years back after missing several deadlines. At present, several spots on this highway have became accident prone due to it's dilapidated condition within five years of its completion.

An investigation team during a visit to the spot where the bus accident had occurred, had held the poor condition and design of the road responsible for that tragedy. However, later the state government gave a clean chit to the firm that built that road.

Notably, soon after a tragic incident in Uttarakhand where around 30 people died in June this year, Chouhan had visited the spot and then had formed a committee of three cabinet ministers -- Gopal Bhargava (PWD minister), Govind Singh Rajput (transport minister) and Arvind Singh Bhadoria (cooperative and public service minister) to review the steps taken for road safety in Madhya Pradesh and also to assess the causes of road accidents. However, that too remained just on paper.

Besides all this, the roads of Madhya Pradesh are also in the headlines these days, specially after Union Minister Nitin Gadkari had to apologize for the poor quality of one road while addressing a large gathering in Mandla district last week.

In a speech delivered in Mandla during the inauguration of five road projects worth Rs 1,261 crore, Gadkari had said, "I am pained and have no qualms in apologising for a mistake. I am not satisfied with the condition of the 63-kilometre-long Barela to Mandla stretch on the Mandla-Jabalpur highway, that was built at a cost of Rs 400 crore."

In the past 10-15 years, Madhya Pradesh has undoubtedly seen intensive progress in developing road connectivity in both the urban and rural areas under the rule of the Bharatiya Janata Party (BJP). Chief Minister Shivraj Singh Chouhan claimed that the state government has constructed more than three lakh kms of roads since the BJP came to power in 2003.

The state government along with the Centre in 2018 had signed an agreement with World Bank and the joint project was initiated to develop road connectivity in the rural areas of Madhya Pradesh. As per reports, around 10,510 kms of rural roads were developed since then under the project named the Chief Minister's Gram Sadak Yojana.

Meanwhile, with the assembly elections just 10-11 months away, the opposition Congress is targeting the Chouhan government on this particular issue and taking jibes at him for his statement made during a visit to the US in 2017 when he had said, "Madhya Pradesh's roads are better than America." 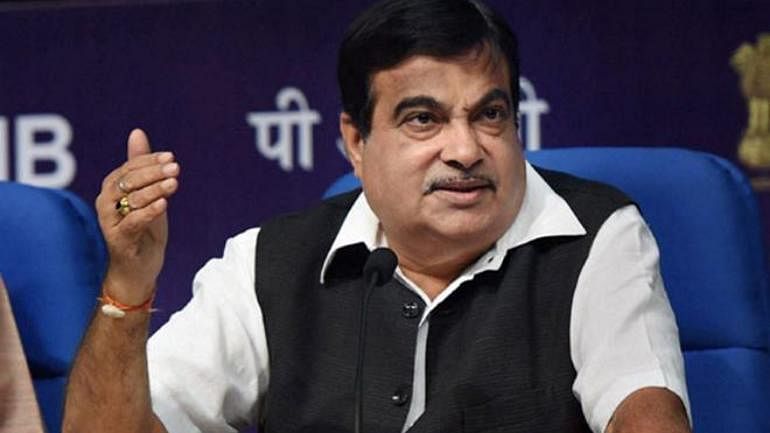