Boy in Morena sat on roadside with brother's body, father wandered for a hearse van

Showcase notice has been given to Civil Surgeon of Morena district hospital and the chief executive officer of district panchayat will be going conduct the enquiry of the whole issue, said home minister Narottam Mishra, to media here on Monday, commenting on the incident in which had to sit with the body of his younger brother in the lap, waiting for the ambulance to arrive.

On Sunday a shocking incident occurred outside area of the district hospital Morena, in which an eight-year-old boy was seen sitting on the roadside with the body of his two-year-old brother in his lap while his poor father wandered in search of a hearse van to take the body of his son back to his hometown.

An outrage followed when the video of the hapless boy went viral on social media.

The minister further added that into the matter the CEO will going to conduct the enquiry and will be going to submit the report till Monday evening.

He also added that family has been given financial assistance under various schemes.

Earlier, Poojaram Jatav of Badfra village in Ambah had brought his two-year-old son Raja to the district hospital after being referred from Ambah hospital.

Raja, suffering from anaemia and water-borne disease, succumbed to his illness during treatment at the district hospital.

Poojaram did not have that much money, so he came out of the hospital with the body of his son Raja, along with his eight-year-old son Gulshan.

For about an hour, Gulshan sat with the body of his two-year-old brother in his lap. During this, his eyes kept gazing at the road waiting for his father to return. A passer-by shot the plight of the boy in his mobile phone and the video went viral later on.

On receiving the information, Kotwali TI Yogendra Singh reached the spot. He picked up the body of Raja and went to the district hospital.

The hospital administration then soon arranged an ambulance and the three were sent to Ambah.

However the incident sprang some grave question marks on the sensitivity of the administration and the healthcare facilities of the state. 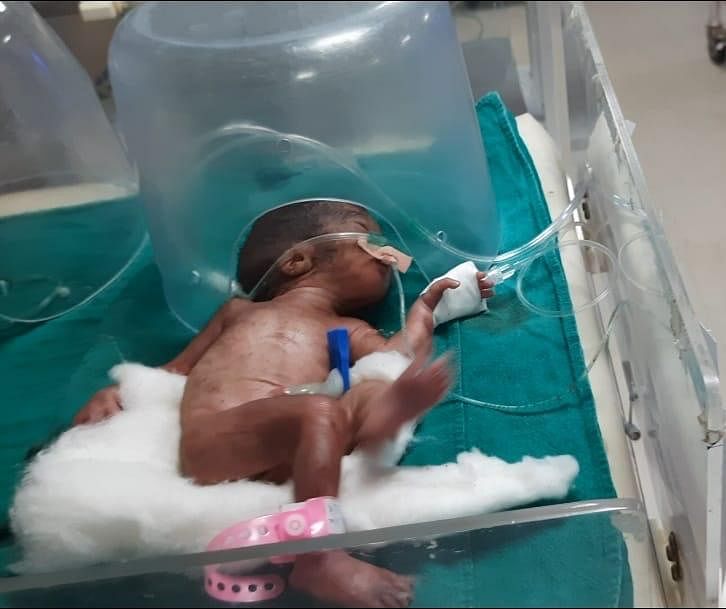