More than half dozen passengers suffered injuries in the incident.
FP News Service 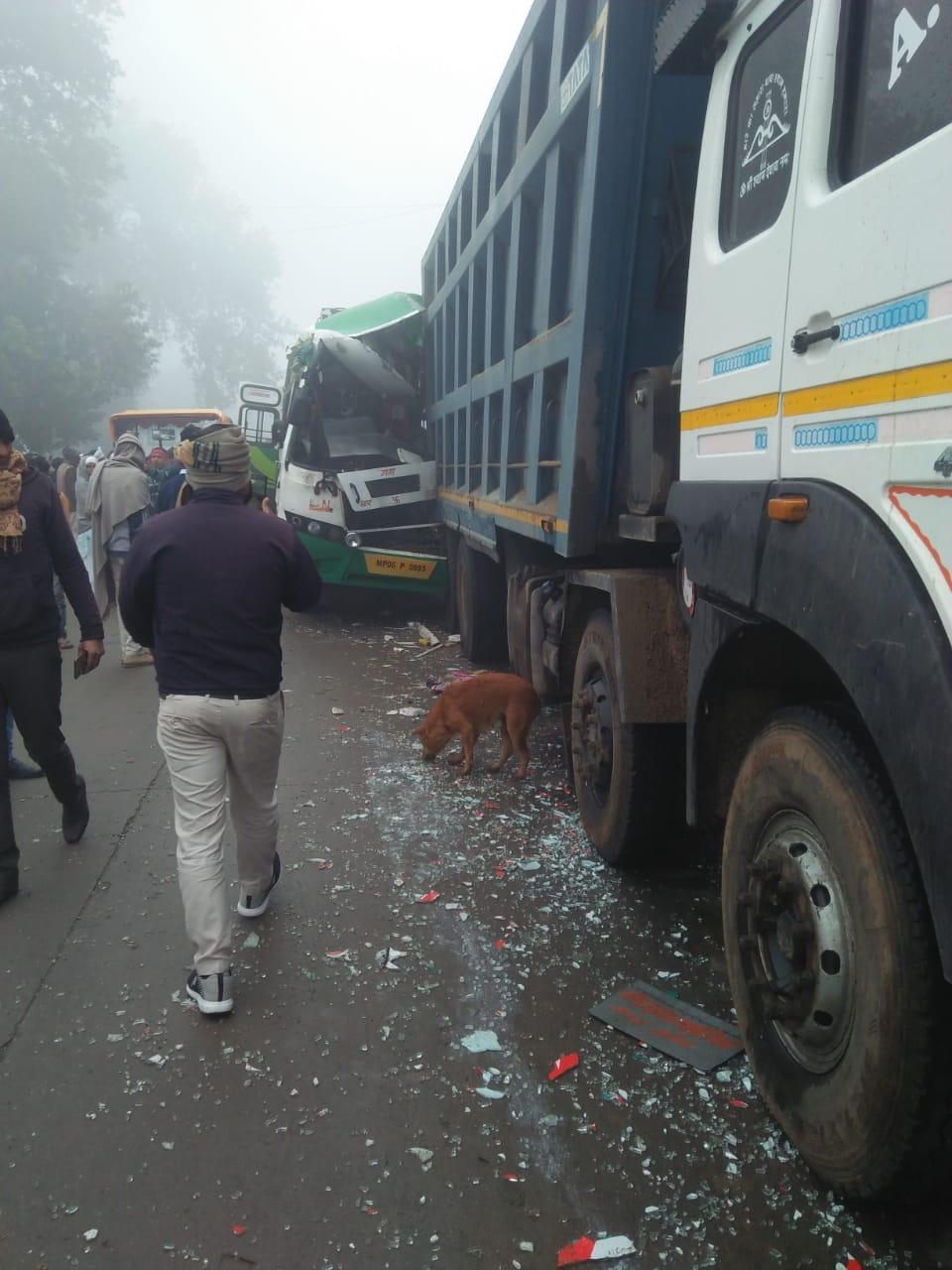 According to reports, more than half dozen passengers suffered injuries in the incident. The conditions of three passengers out of them were serious.

The bus was returning back to Morena from Bhind district and it rammed into the dumber from the backside.

On getting the information about the incident, the police rushed to the spot and called the ambulance. The injured passengers were admitted to the district hospital.

Notably, It has been raining lightly in the Gwalior Chambal zone for the last 48 hours. There has been a significant drop in the temperature because of which the city faces less visibility.