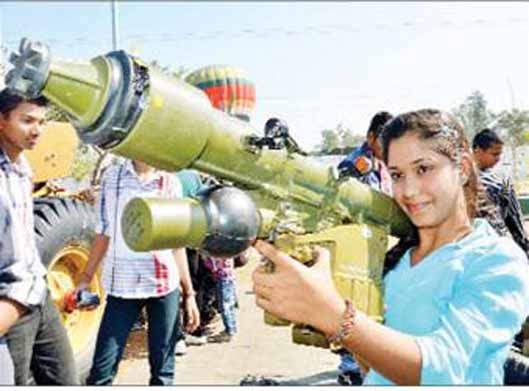 BHOPAL: Lieutenant General HS Kulkarni said that relations between the army and civilians should be stronger and cordial. Secondly, civilians should know how army fights against enemies, Lieutenant general Kulkarni added. He was addressing army personnel at Veterans Army Mela at 3, EME centre on Saturday.

He said, ” The year will be celebrated as ‘ Sena Varsha’. Throughout the year, similar function will be held at various places to show the civilians how army fights against enemies in adverse conditions. The main objective is to make relations between army and civilians cordial as it is not possible until or unless civilians know the facts. This is reason weapons which are used in battle/ war have been displayed and even their operations have been shown.” Regional commander Major general Moni Chandi was also present.

Earlier, 12 Armoured regiment executed quick attack drill which was really stunning. Battle drill was mainly focused on tank operation, usage of various weapons. Horse riding and dog show stunned the audience. The army men showed that how army men take on enemies in war on battle ground. Both the shows earned applaud from all quarters. Audience had great curiosity to know more and more about weapons which are used in battle.

With curiosity, they watched the operation of tanks and other weapons with their eyes. Nine army commandants were invited at Veteran Army Mela. A young lady tries handling a rocket launcher at Veterans’ army Mela at 3, EME centre on Saturday.