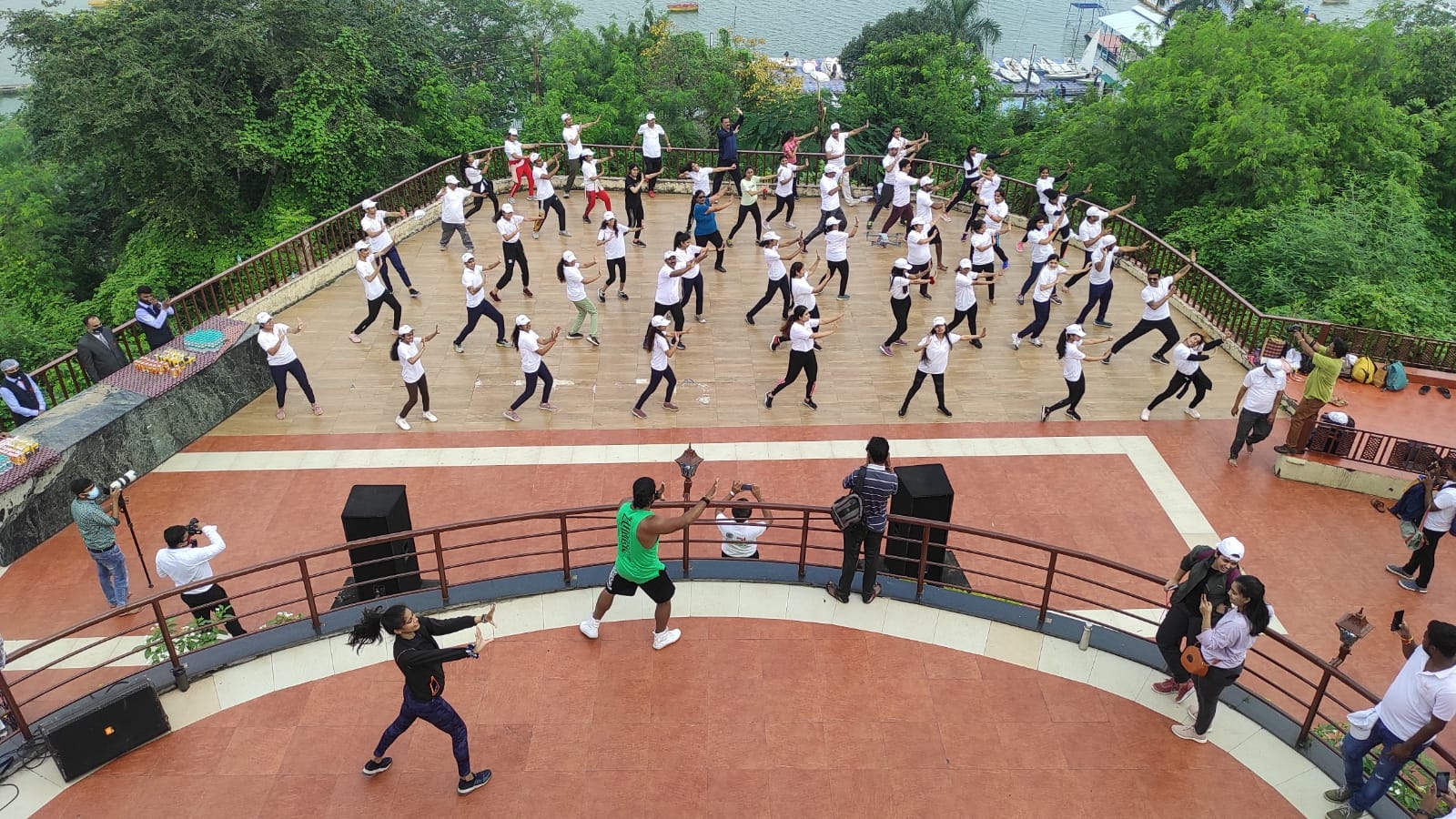 Around 100 people of various age groups participated in the Zumba dance session, which was held in the open space outside the restaurant. People dressed in black trousers and white T-shirts joined the dance, which was led by Naveen Rajput.

The Yoga session was held on Lake Princess, a cruise boat operated by the MPTDC. The enthusiasts were led by Pawan Guru. Among the participants, who numbered more than 100, were S Vishwanathan, managing director, and Shilpa Gupta, additional managing director, of the Corporation. The participants performed different simple Yogic Asanas (postures). They were told about how performing Yoga can help them remain healthy and fit.

In the afternoon, a brainstorming session with the representatives of travel agencies and hotel chains and experts in arts and crafts, agri-tourism and homestay on how to boost tourism in the state was held at the Minto Hall.

Shukla announced that the Corporation has identified 50 tourist destinations in the state, where women would be given preference for running various facilities for the visitors. Shukla said that with the Covid pandemic waning, tourism is picking pace in the state.

A felicitation session was also organised at the session in which employees and officers of the Corporation were honoured for their exemplary work. Others feted on the occasion included a group of women who are running homestays at village Lalpura Khas in Orchha.