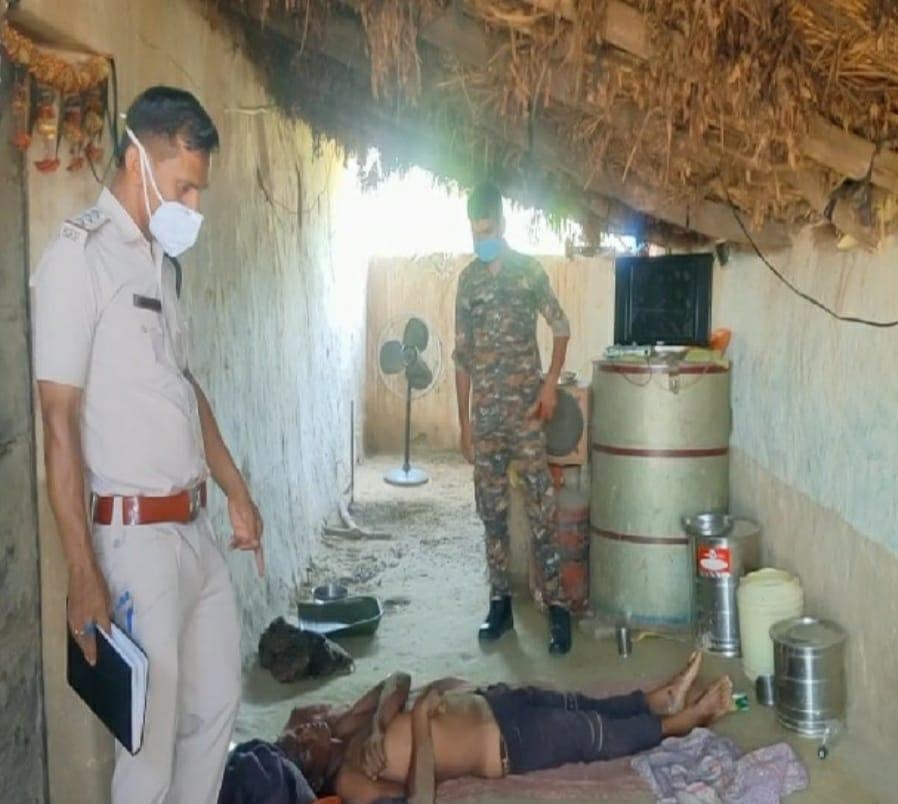 Gwalior (Madhya Pradesh): A young man killed his father and surrendered himself in Pichhore police station on Friday, the police said.
The incident took place in Karai Dafai village of Pichhore police station. The accused Rajendra Singh 20 told police that his father Malkhan Singh 48 was addicted to alcohol and used to abuse his mother.
Rajendra told police that on Thursday night, Malkhan reached home around 11pm and started abusing his mother. He came to save his mother but his father abused him too.
Rajendra, however, tried to convince his father though he did not agree. After that enraged Rajendra hit his father through a burning wooden stick and Malkhan died on the spot because of head injury.
On Friday morning, Rajendra reached the police station and confessed his crime that he killed his father in front of the police officials. Upon receiving the information, the police reached the spot and sent the body for post mortem. The police have arrested the accused son and started further investigation.