The opposition Congress, however, alleged that posting a woman officer, who has a one-and-a-half-year-old daughter, under heat at the helipad for the CM's chopper shows insensitivity on part of the state government.
PTI 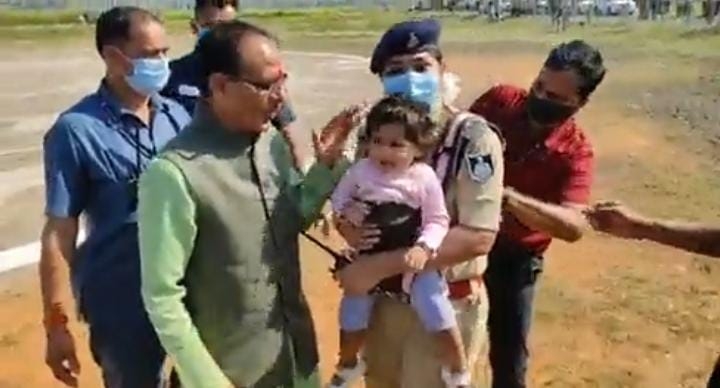 Bhopal (Madhya Pradesh): A woman police officer carrying her toddler daughter in a baby carrier bag while discharging her duty at a helipad in Alirajpur district has won praise from Chief Minister Shivraj Singh Chouhan for her dedication to work.

The opposition Congress, however, alleged that posting a woman officer, who has a one-and-a-half-year-old daughter, under heat at the helipad for the CM's chopper shows insensitivity on part of the state government.

The officer identified as Monika Singh is posted as deputy superintendent of police (DSP) in MP's Dhar district. She was deployed at the helipad for the CM's chopper, who reached Alirajpur on Tuesday for the two-day campaigning for the upcoming bypoll for the Jobat Assembly seat.

"During my visit to Alirajpur, I saw that DSP Monika Singh was on duty carrying her one-and-a-half-year-old daughter in a baby carrier bag. Her dedication towards duty is commendable. Madhya Pradesh is proud of you. I wish her my best wishes and blessings to her little daughter," Chouhan said in a tweet on Wednesday and shared a video clip of the police officer with her daughter.

In a photo shared by Chouhan, he is seen placing his hand on the head of the baby girl sitting in the carrier bag tied to the body of her mother, before boarding the chopper on Wednesday.

Madhya Pradesh Congress spokesman Narendra Saluja said, "This is the incompetence of the Shivraj Singh Chouhan government that the woman officer along with her one-and-a-half-year-old daughter was posted on duty under the heat at the helipad. She should have been posted in the office".

Monika Singh, currently posted in the Dhar district, told PTI that she took her daughter along with her as she had to go to Alirajpur, nearly 145 km from Dhar, for two days.

When she was leaving for her duty on Tuesday morning (while staying in Alirajpur), her daughter also woke up and began to insist on coming along, she said.

"I had to fulfill the responsibility as a mother and also had to perform my duty (as a police officer) together," she added. 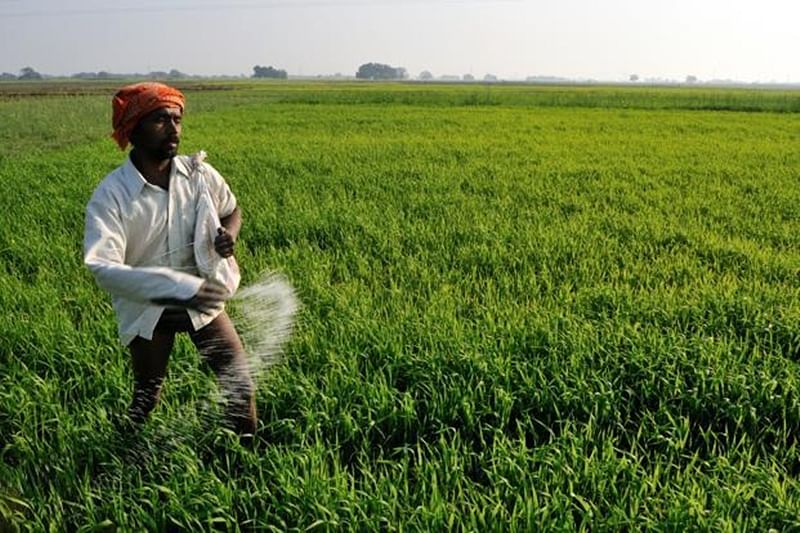