Many bikers fell down because of potholes and poor road conditions. Potholes on several stretches of roads in Saket Nagar pose huge threat for motorists
Staff Reporter 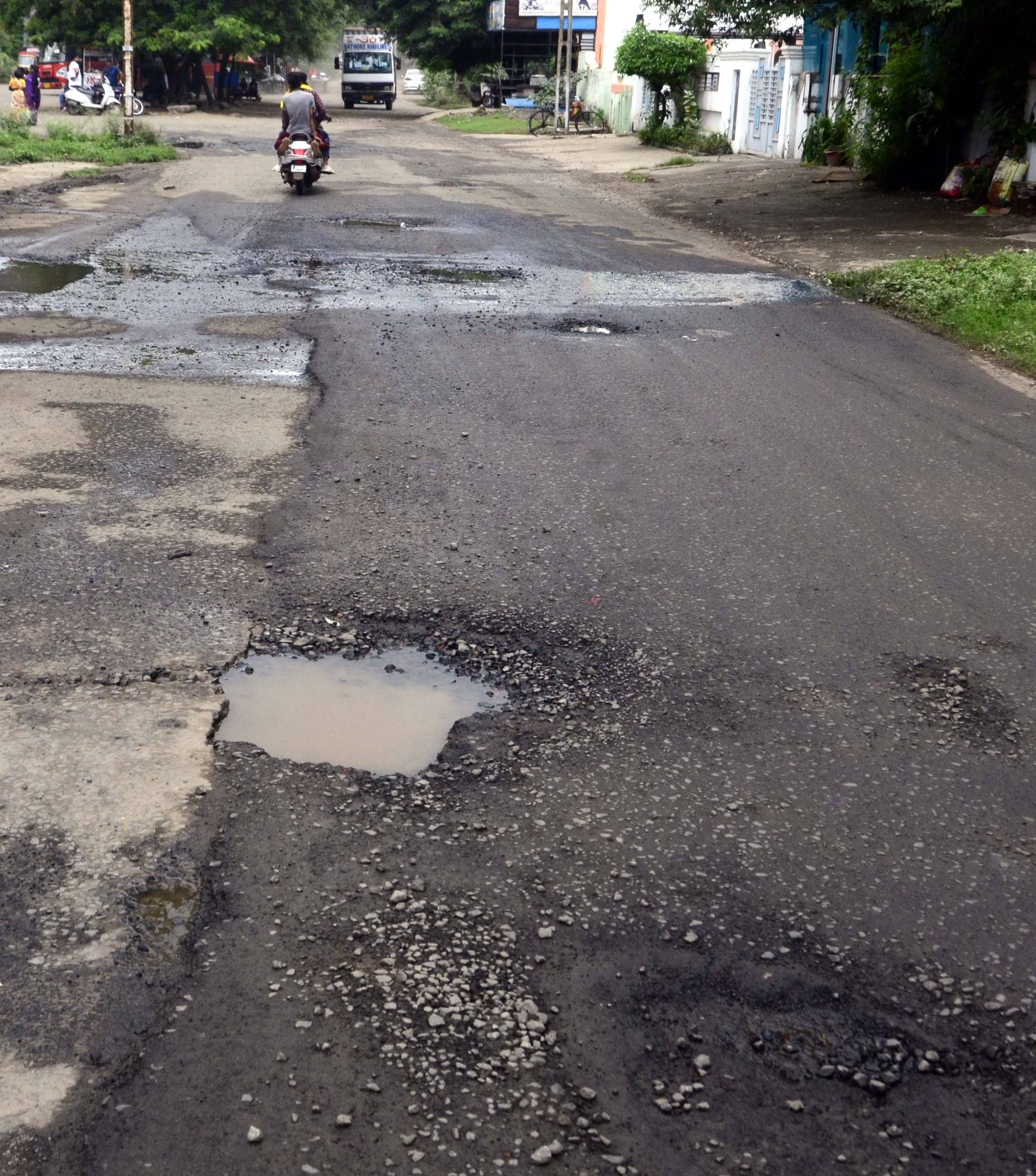 Bhopal (Madhya Pradesh): Residents, who are greeted with potholes and withered roads in Saket Nagar every day, feel that they live in remote area and not in the state capital. They say that if motorists are not cautious while driving, they will meet with an accident in Saket Nagar, which is one of posh colonies in state capital.

Many bikers fell down because of potholes and poor road conditions. Potholes on several stretches of roads in Saket Nagar pose huge threat for motorists. Some of busy routes are also in pathetic shape, making it a nightmare for two-wheeler riders.

All roads leading to Saket Nagar are in a poor condition. The roads are filled with numerous potholes, where the local residents have put up warning signals for the drivers.

People fear spell of heavy rain may wash away the dry soil and rubbles, which are being used for filling potholes in Saket Nagar. Potholes create traffic congestion, damage vehicles and waste fuel. Accidents also occur.

Area resident Som Nath said, “Long pending repair work on the roads has added to turmoil. As the road is overused by big trucks, potholes have become deeper. Roads are totally unsafe for light motor vehicles and two-wheeler riders.”

Another resident Pravesh Pandey said, “Condition of roads is pathetic. We cannot move at night as potholes are dangerous. BMC and CPA are filling them but it is temporary and with the spell of heavy rain, all will be washed away.”

Suresh Yadav said, “It is negligence of BMC. Potholes are very dangerous and should be repaired before rainy season. BMC swung into action after CM Shivraj Singh Chouhan pulled up CPA.”

Resident Deepak Parkhi said, “Many times, we raised the issue with local representatives and BMC officials but we got only assurance. BMC team doesn’t visit for repairs. Roads will become worse if not repaired before monsoon ends.”