Madhya Pradesh: Water, water everywhere, but nor any drop to drink

Residents of Dingaonmali village have to struggle for a drop of drinking water, though its water bodies are full to the brim.
FP News Service 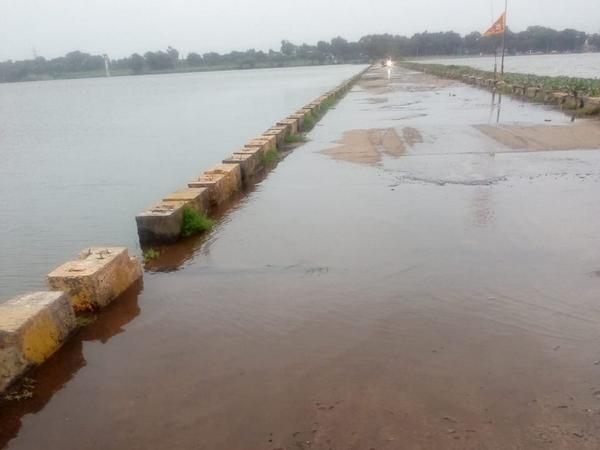 Mandsaur (Madhya Pradesh): Water is everywhere in Dingaonmali village in Mandsaur district in the state because of the monsoon, but the villagers have to struggle for a drop.

Villagers say they get up at 5am and move from one place to another for a drop of drinking water.

The administration, however, has not done anything for supply of potable water, the villagers add.

As the residents have to go here and there for water, the daily-rated workers cannot go to their places of work. As a result, they are losing wages.

They further say that although the area has received adequate rainfall which filled the water bodies, they have to struggle for a drop of it.

There are 5,000 residents in the village.

A representative of the village Panchayat Dinesh Mali says that there was a shortage of water in the summer.

Mali further says that he had discussed with the Panchayat and set up two tube wells, but they failed to pump up water from the ground.

Now that the area has received adequate rainfall and that the water level of all the wells in the village has increased, the water supply system of the Panchayat will begin, he says.

He further says that in a few pipes are leaking, but they will soon be repaired and water supplied. Madhya Pradesh: Cop to be honoured for saving honour of woman Sarpanch