HomeBhopalMadhya Pradesh: This year's pilgrimage scheme for senior citizens to begin from Jan 21

Madhya Pradesh: This year's pilgrimage scheme for senior citizens to begin from Jan 21

The free scheme, "Mukhyamantri Teerth Darshan Yojna", was first launched in 2012 but was temporarily stopped during the COVID pandemic.

Bhopal (Madhya Pradesh): The Bharatiya Janata Party government in Madhya Pradesh will start this year's special pilgrimage programme for senior citizens from Saturday and take nearly 20,000 devotees to various religious places over the next two months, an official said on Friday.

"From January 21 to March 29, twenty trains will depart from different cities of Madhya Pradesh for taking older persons for a pilgrimage of different holy places in the country," said the state's additional chief secretary (home) Dr Rajesh Rajora.

The free scheme, "Mukhyamantri Teerth Darshan Yojna", was first launched in 2012 but was temporarily stopped during the COVID pandemic. Many other states have started similar schemes after MP, where assembly elections are due by the year-end.

The elderly will be able to visit Rameshwaram, Dwarka, Kamakhya, Shirdi, Jagannath Puri, Ayodhya and Kashi (Varanasi) under the initiative, Rajora said.

Non-taxpayers, aged above 60 years, from the state are eligible for the pilgrimage programme, with a relaxation of 2 years for women, an official said. The government makes arrangements for train journeys, breakfast, food, drinking water, stay and travel by bus, wherever necessary, under the scheme.

A total of 20,000 devotees will go for the pilgrimage between January 21 and March 29, he said. More such travel windows will be opened during the year, said officials.

There is no age bar for Divyang persons with more than 60 per cent disability.

"If a couple wants to go on pilgrimage and the age of one of them is less than the fixed criterion, then such couples are allowed to take part in the yatra," the official said.

Single persons above the age of 65 and Divyangs with more than 60 per cent disability are allowed to take a caretaker along with them for free, he added. 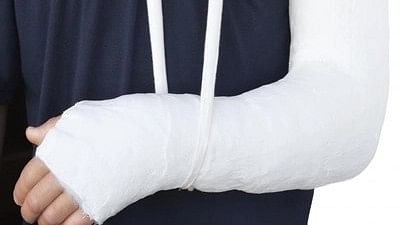