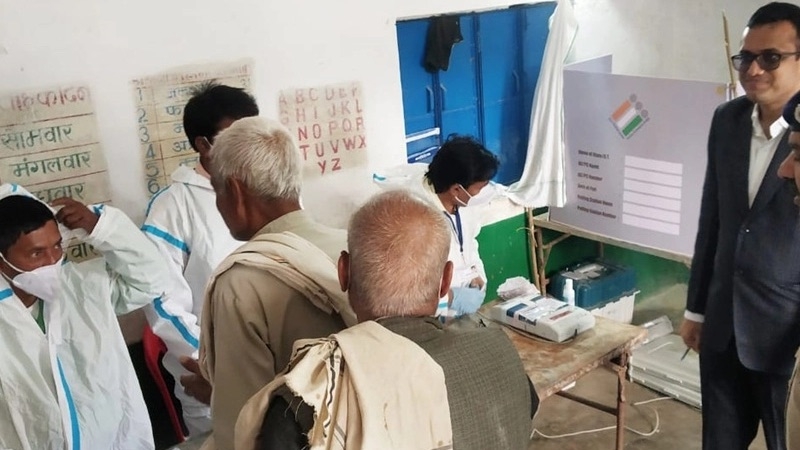 District returning officer and collector Ajay Katesaria and Superintendent of Police (SP) Dharam Singh appreciated the initiative of polling agents. The two officials visited all the polling booths to take stock of polling and arrangement made at booths. Even suspects were checked and mobile hand sets were taken out from pockets before allowing voters to exercise their franchise. There were 313 polling booths in Vidhan Sabha constituency, which has 2,06,910 voters. Of them, 1,09,750 are male voters while 97,160 are female voters.

In Raigaon (SC) assembly constituency, the BJP has fielded Pratima Bagri, the daughter-in-law of MLA Jugal Kishore Bagri whose death necessitated the bypoll. She is facing Congress party candidate Kalpana Verma. Verma was defeated by Jugal Kishore Bagri in 2018.