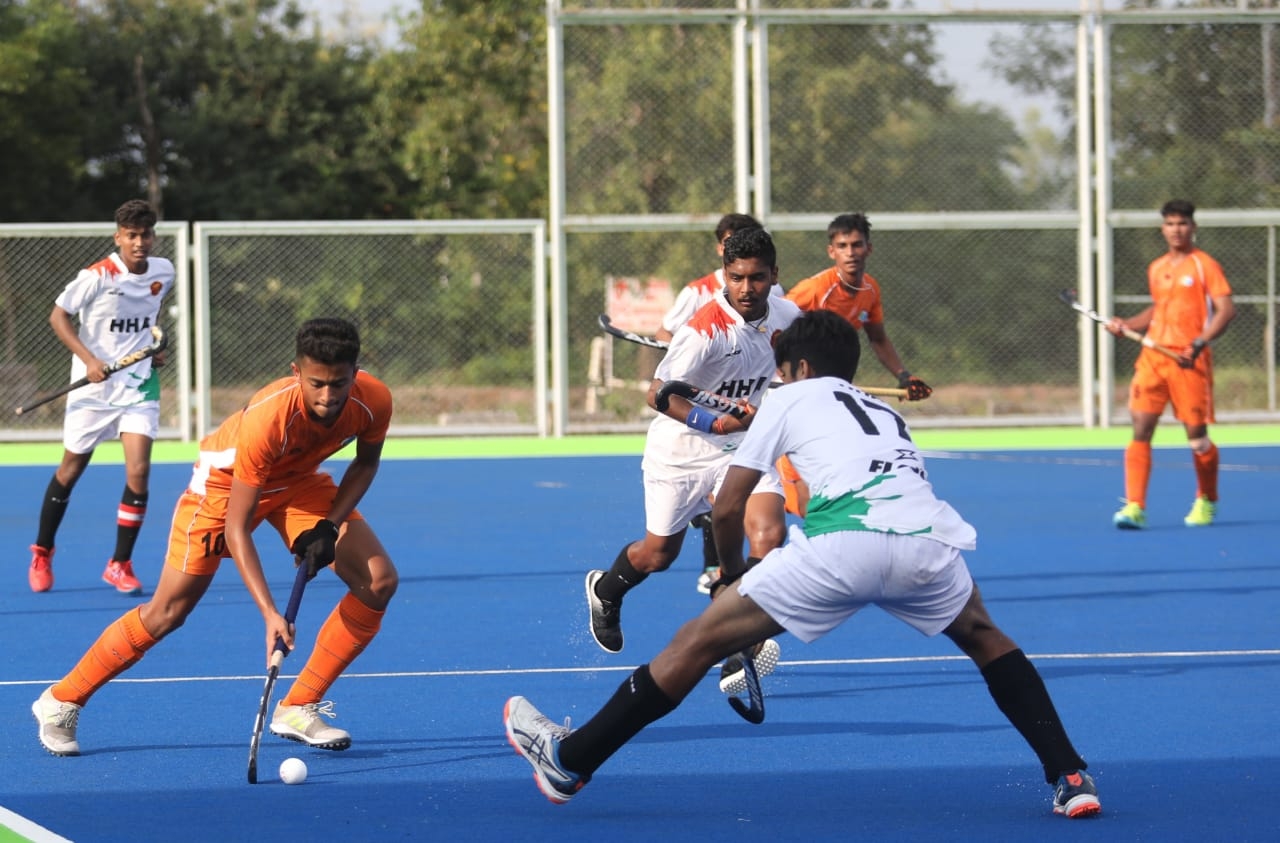 In the first quarter of MP vs HAR, the latterís captain Sahil scored a field goal to take the lead by 1-0. But in the second quarter, the players of MP Academy bounced back with a bang and scored two goals.

MPís first goal came from Jamri Mohammad, who converted a penalty corner in the 23rd minute of the match. Soon after, Vinay from HAR converted another penalty into a goal.