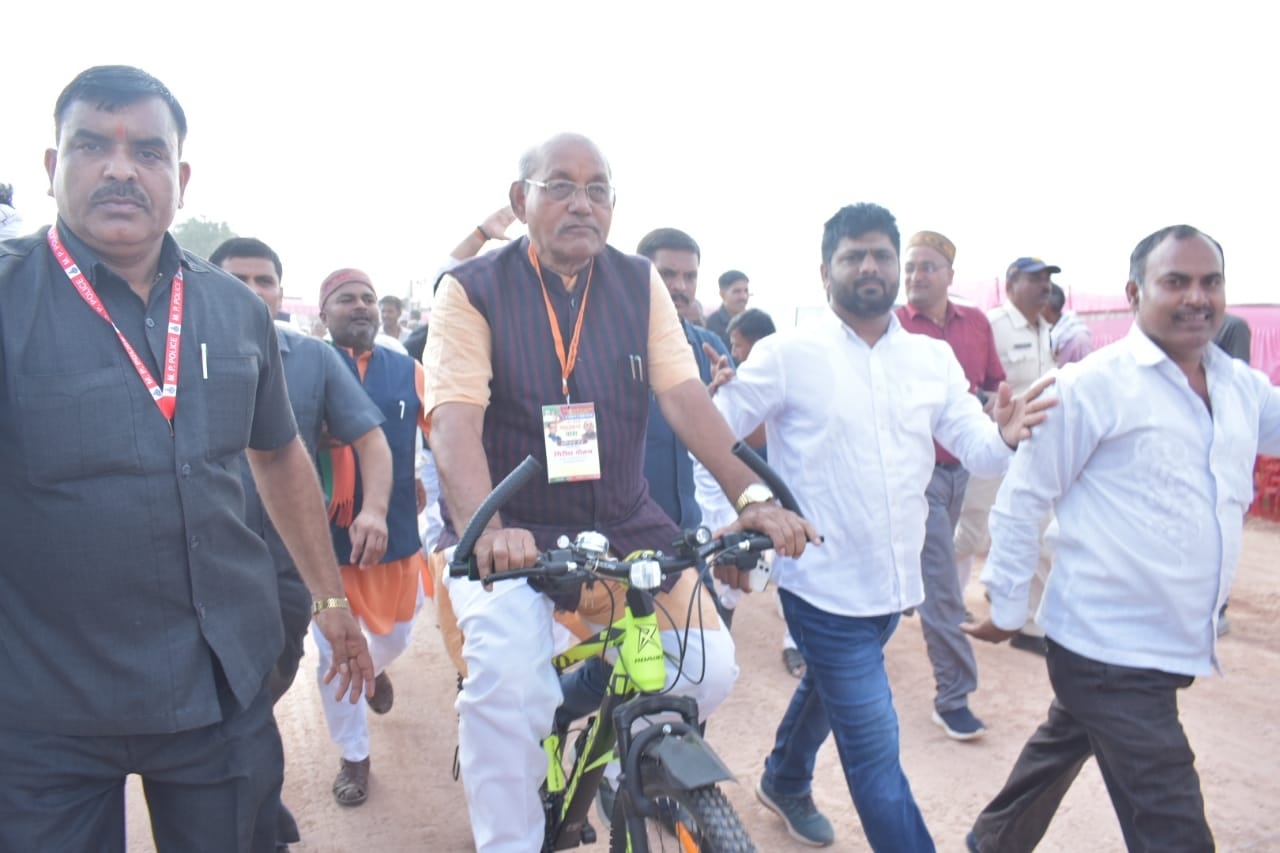 Rewa (Madhya Pradesh): Speaker of Vidhan Sabha Girish Gautam has said politics is being done through social media which can give intimation to others but cannot help anyone build intimacy.

Gautam made the statement at a public meeting in Purwa village from where he launched a week-long cycle rally.

He said that the rally was being organised to interact with people and to know their problems.

More than 50 people took part in the rally. The rally began after a public meeting in Purwa.

Both Gautam and Sharma worshipped girls before beginning of the rally. The Speaker said that the rally was organised to know peopleís problems.

He said that he had given up all the facilities that he got as assembly Speaker for the rally.

Every public representative should maintain cordial relations with people and interact with them, Gautam added.

The rally is dedicated to the 20 years of good governance of Prime Minister Narendra Modi, Gautam said.

A sum of Rs 116 crore is being spent on construction of a road between Sitapur and Raipur, he said.

According to the Speaker, 108 villages have got the Nal Jal Mission projects.

Sharma said that the cycle rally was organised for peopleís welfare. He urged people to get both the jabs of the anti-corona vaccine.