She won Rs 1.60 lakh. Her success has encouraged people in her village to send their daughters to colleges for higher studies.
Staff Reporter 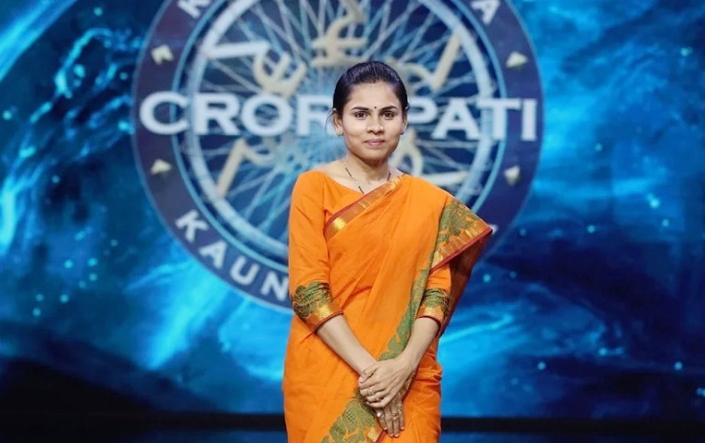 A member of Nimisha's family said, "Nimisha is an inspiration for young girls in her village at Makronia Nagar. She wanted to appear on KBC-13 so that she could inspire young girls of her region to pursue higher education."

According to her family, after being selected in the police force in 2015, Nimisha came to Sagar for training. After completing her training, she was posted in Sagar. This is also where she married. After that, her busy duty schedule caused a distance from her studies, although her mother always kept inspiring her to do 'something useful'.

Nimisha's parents watched KBC with a religious devotion, so they asked her to register for KBC. She got a call from KBC on May 22. On receiving the first call, she at first thought it was a hoax call. But, after talking for some time, since the caller did not ask for any bank details or personal information, it seemed it was a genuine call. Further into the telephone introductions came the interview offer. On June 29, the interview for KBC took place in Bhopal. After this, the selection took place and, on August 25, Nimisha reached the hot seat.

"Reaching the hot seat on my very first attempt…oh, I couldn't just believe it," she gushes.

Nimisha says that, after reaching the KBC hot seat, she met the great Amitabh Bachchan for the first time. "He's very funny with a very amiable nature," says Nimisha. "I've become his fan. Before asking questions on the show, he jokingly told me, 'You're a policewoman, but you'll have to ask questions fearfully and salute.

Nimisha Ahirwar is a resident of Udaipura village, in Tikamgarh district of Sagar division. Her father, Ramprasad, is a retired soldier and mother, Prabhadevi, a housewife. After leaving her small village, she studied and reached the post of sub-inspector. She lives with her family in the police quarters in the Makronia area of Sagar.