The police have registered cases in both incidents and launched manhunt to nab the accused.
Staff Reporter 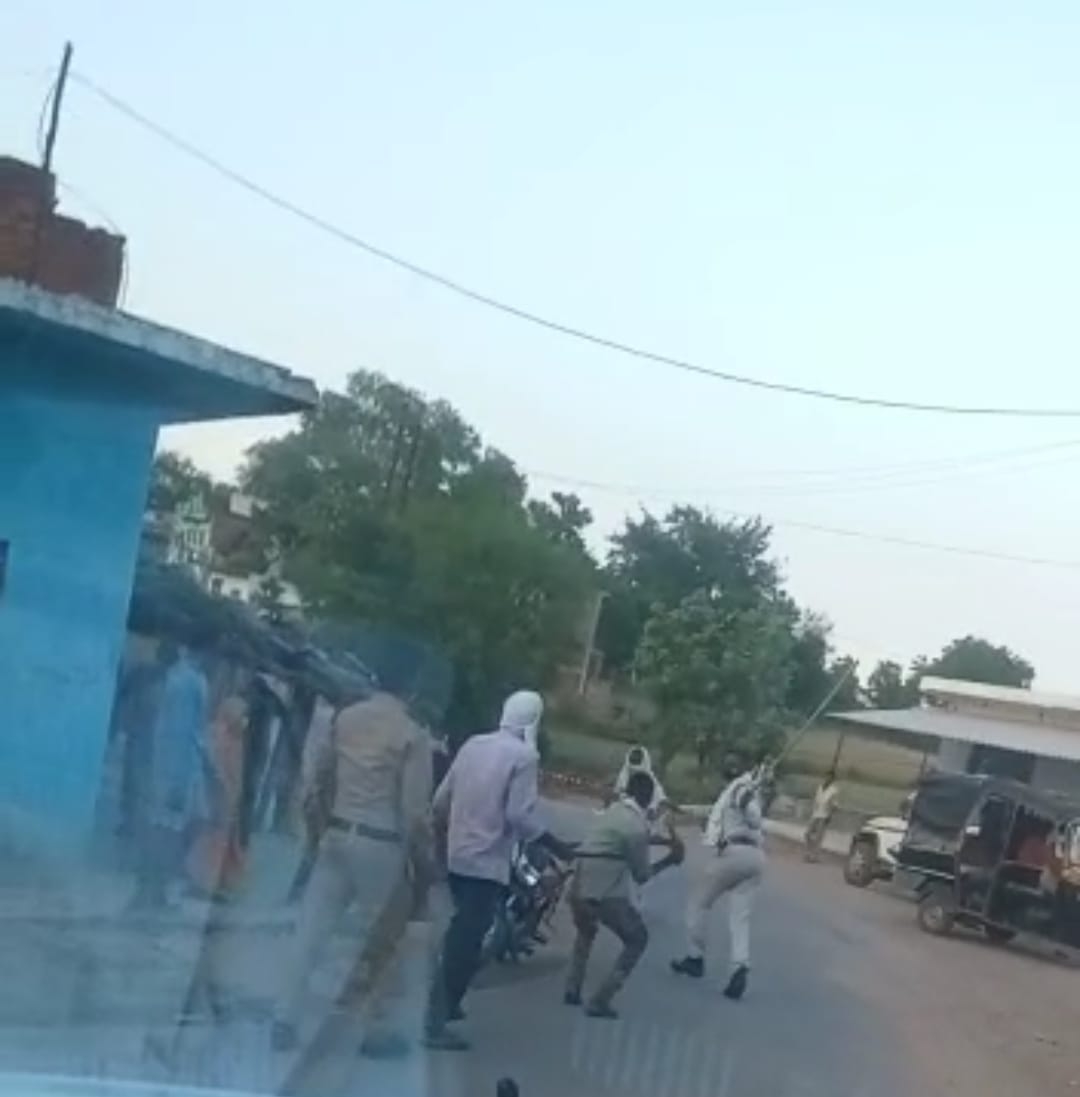 Police team was attacked by villagers |

Bhopal (Madhya Pradesh): A police man and a villager received injuries after a scuffle broke out between a police team and villagers in Chhatarpur district on Friday evening. The police team went to village to ensure pursuance of corona curfew.

The incident took place at village Jhamtuli under Bamita police station. The police have registered a case and started investigation.

According to sources, a police team went to Jhamtuli and asked shopkeepers to shut down their shops because of corona curfew.

This led to a scuffle between police and villagers. A police constable identified as Sant Kumar allegedly beat up a villager. This irked the locals so much that they attacked the police team.

The police constable, who entered a house to hide himself, was assaulted with lathis and rods. A video showing Kumar being beaten up by villagers also went viral on social media on Saturday.

On getting information, additional police force was sent to rescue police team.

Police officials said a case has been registered against unidentified villagers at Bamitha police station and accused are being identified.

Meanwhile in a separate incident, a police team was also attacked in Balaghat district on Friday evening.

The incident occurred at Ukwa town of the district. According to sources, a police team led by incharge of Ukwa police station Raju Singh Baghel was on patrol. He got information that some shopkeepers had opened the shop. He asked shopkeepers to shutter down as corona curfew is in force. The shopkeepers attacked the police with lathis and rods.

Later, additional police force was sent and some persons were detained. The police said that a case has been registered and investigation is on.