BHOPAL: Chief Minister Shivraj Singh Chouhan has said murder case should be registered against those who are involved in making fake Remdesivir vials.

Chouhan issued the above directive to director general of police Vivek Jauhari at a corona review meeting on Wednesday.

According to Chouhan, fake injections were brought from Gujarat and sold in Madhya Pradesh.

He further said those who were making such injections should be arrested from Gujarat and brought to MP so that a case may be registered against them.

He said that those who had been given the shots of fake injection could be given original injection.

He said that many people died because of the fake injection and that manufacturers of such fake vials murdered them.

Their properties will be seized, and, for giving them stringent punishment, the existing laws should be amended. 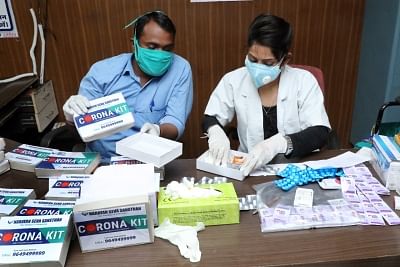