The girl's parents had gone to a hospital for the treatment of her brother. The parents had asked her to stay at her cousin's house until they come back from hospital.
FP News Service 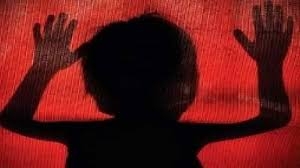 The victim, 13, was playing with the accused's daughters when he lured her to a room on the pretext of giving sweets and raped her. The accused also threatened the girl with dire consequences if she would reveal the incident to anyone.

The incident came to light two days after girl’s mother noticed injuries marks on her private part and inquired about it.

The mother later took the girl to Narwar Police station of the district and lodged a complaint.

The victim’s mother told the police that she along with her husband had gone to a hospital for treatment of her son. She had left her daughter at the house of nephew.

According to police, the accused is married and has two daughters. “When his wife went to farm, the accused committed the crime,” said a police officer, adding that a case under relevant sections of IPC and Protect of Children from Sexual Offences has been arrested against the accused.