A few locals opposed setting up of the kiosks, sources said. The kiosks installed at two places were not allotted to those for whom they were built.
FP News Service 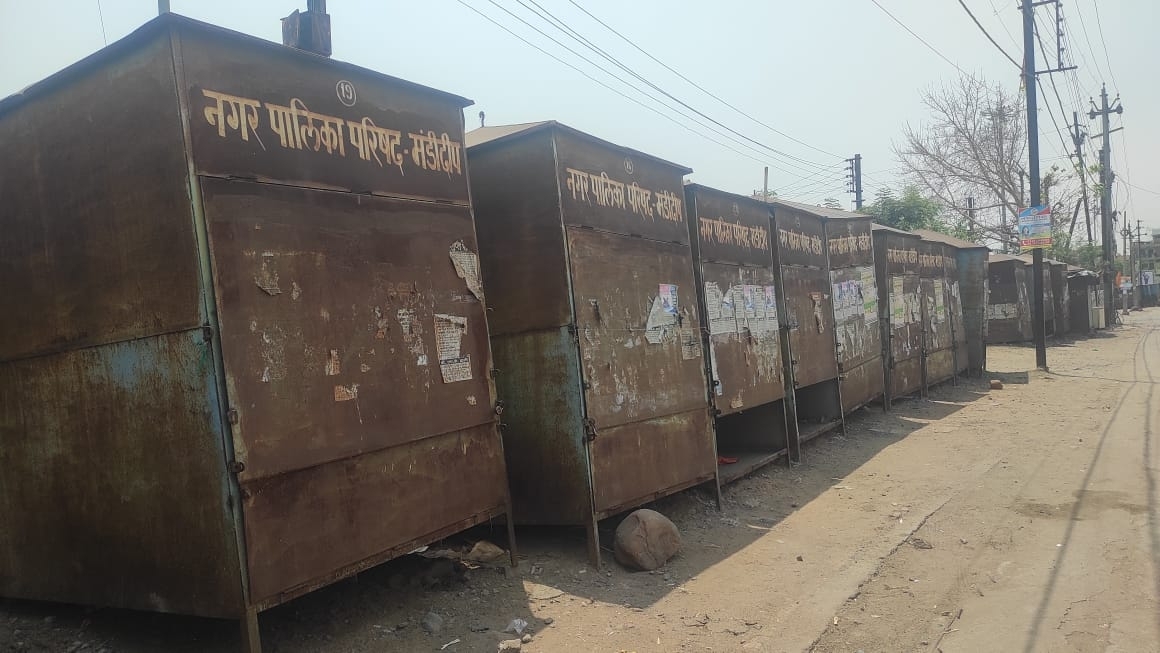 Mandideep (Madhya Pradesh): Former chairperson of Nagar Palika, Poornima Raja Jain, got many kiosks manufactured a few years ago for the vendors who sell their goods from roadside.

A few locals opposed setting up of the kiosks, sources said. The kiosks installed at two places were not allotted to those for whom they were built.

Sources further said that more than 100 kiosks were to be made, and, in the first phase, nearly 70 stalls were built.

The kiosks kept at one place for a long time have turned into ruins and goons have occupied a few stalls.

Sources further said that the officials of civic body are running a few kiosks on rent and many went missing.

There is, however, nobody to question the civic body about the reasons for missing those kiosks, sources added.

When the issue was put up before an engineer of the civic body he tried to escape the matter.

Jain said that a list, containing the names of some people to whom the kiosks were to be allotted, had been prepared during her tenure as chairperson of the civic body.

An influential person, however, put pressure on her to include some of his acquaintances in the list of the people to whom the kiosks would be allotted, Jain said.

Jain further said that she did not want to remove the name of any needy person from the list, which caused problems with allotment of the kiosks.

The then chairman of Nagar Palika, Badri Singh Chouhan, said that the kiosks are in ruins.

Singh said a few kiosks had been installed near a city hotel, so that some people may earn their bread and butter by doing business from those kiosks.

Upadhyaya said that after the appointment of an administrator those kiosks would be auctioned.