They include withdrawing criminal cases against farmers, compensation to farmers and decision on MSP.
Staff Reporter 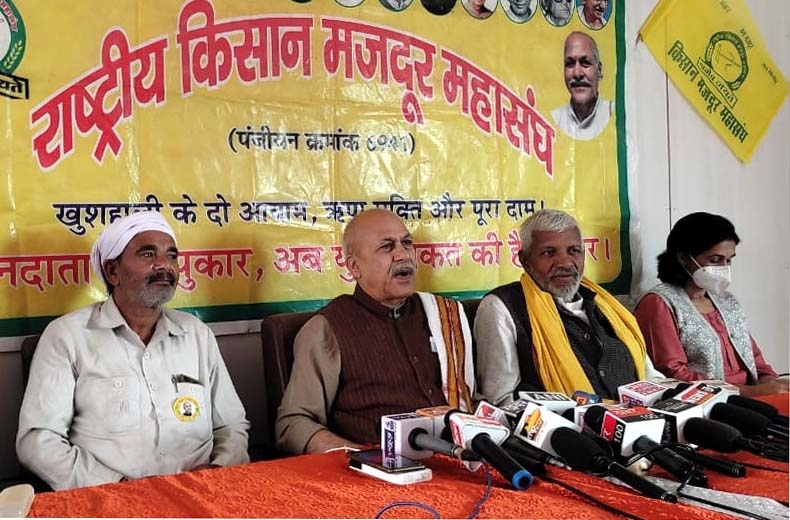 Bhopal (Madhya Pradesh): Farmers’ leader Shiv Kumar Sharma aka Kakkaji has warned the Central Government that farmers will go on the “UP Mission” if central government does not issue notification before January 15, 2022, on MSP, withdraw criminal cases against farmers and give them compensation.

Talking to media persons here on Saturday, he said that central government has been given a month’s time till January 15, 2022 before UP assembly polls for fulfilment of six demands. They include withdrawing criminal cases against farmers, compensation to farmers and decision on MSP.

He further said that central government has announced to immediately withdraw cases registered against the farmers but we they will wait for at least one month till January 15. “It will be reviewed on January 15. If the cases are not withdrawn before the notification of Uttar Pradesh election is issued, then we will have to move to Mission UP (Uttar Pradesh),” he added.

However, Sharma did not clarify the meaning of Mission UP, but his reference was to the opposition of BJP in Uttar Pradesh Assembly elections.